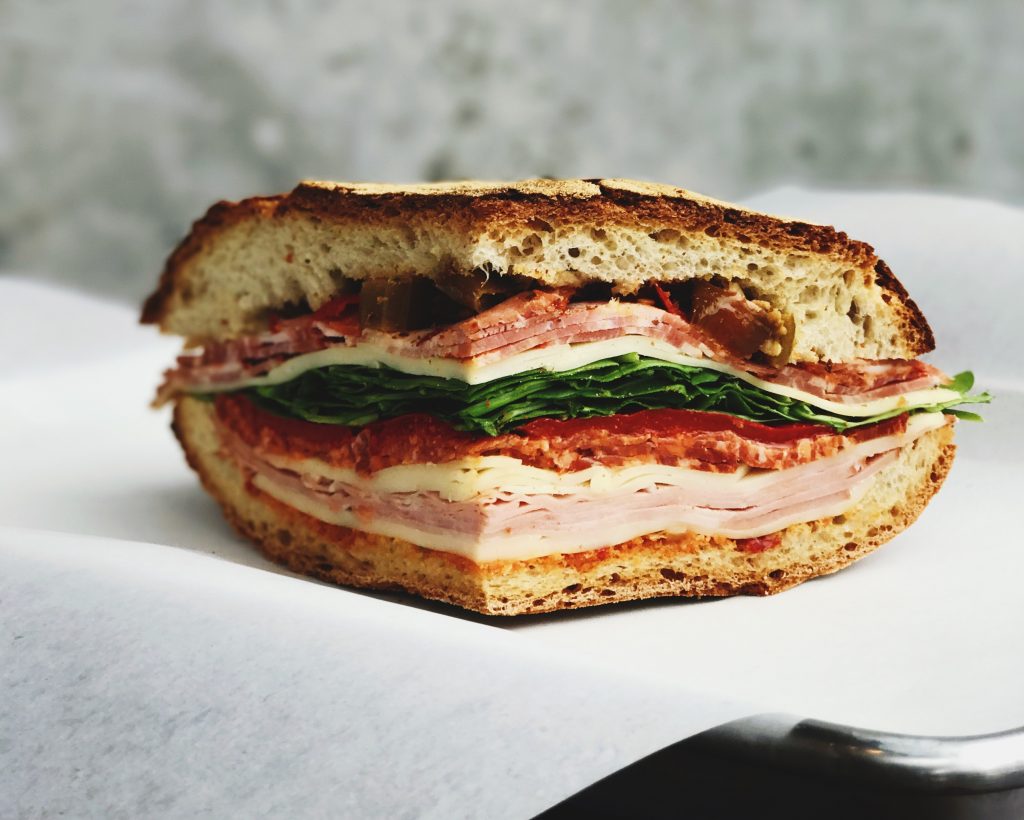 Are Nitrates In Your Food Bad For You?

It seems like every week there’s a new food issue people are concerned about. One minute experts are warning people about high fructose corn syrup, and the next they’re talking about the dangers of fat in food.

Recently more people have been worried about nitrates in food. Some people may think that concern over nitrates in food is relatively recent, but debates over its presence in consumables have been around since the 1970’s.

Before you can understand the recent nitrate controversy, you need to take a quick science lesson.

The difference between nitrites and nitrates.

Some people use the words nitrites and nitrates interchangeably, but they’re both different compounds.

Both nitrites and nitrates are naturally occurring inorganic compounds made up of nitrogen and oxygen. The key difference is that nitrates have three oxygen molecules, and nitrites only have two.

Nitrates are used in a variety of foods.  They can be used for coloring food, and are widely used for preserving cured meats and dairy products.

They’re also used for industrial purposes. You can find nitrates in explosives, fertilizer, and even some kinds of glass enamels.

It isn’t very uncommon for certain compounds to be used for human consumption and industrial purposes.  But there’s something about nitrates and nitrites that make them dangerous.

Nitrates don’t pose much of a health risk to animals, it’s when they’re converted into nitrites that things change.

Nitrates are stable compounds, nitrites aren’t.  Once nitrates are converted into nitrites, it can turn into nitric oxide or nitrosamine. Both forms of nitrites have carcinogenic properties and are linked to a variety of other health problems.

Nitrosamines only form in a specific environment, they must be near amino acids and in high heat.  Unfortunately, many popular cured meats are cooked under these conditions.

Since nitrates in food are such a controversial topic, some people may wonder how something that could be dangerous to humans is safely processed.

If you want to understand the rampant use of nitrates in food, you need to think about one of America’s most popular treats.

Like many nitrate-heavy foods, hot dogs are a quintessentially American food. They’re very popular, simple to prepare, and inexpensive to manufacture and buy.  You’ll find them at nearly every sporting event or BBQ, and cut up on nearly every child’s plate.

Despite the hot dog’s popularity, it is one of the worst foods you can put into your body.

If you want an example of an unhealthy level of nitrates in food, look no further than the hot dog.

Nitrates are an important part of the average hot dog.  Unlike some meats, it’s very difficult to process them without the use of nitrates.

There’s nothing wrong with the hot dogs themselves.  After all, it’s just meat and bread.

The real problem is the way that they’re processed with nitrates.

Nitrates allow the hot dog meat to keep its pink color and prevent it from spoiling too fast. Without nitrates, it wouldn’t be possible to process and ship them the way our society does.

Nitrates in food is the new normal

Nitrates have become an essential part of the preservation process, and effect most meats they way they do hot dogs. Nitrates are also incredibly cheap. Using them is the easiest way to keep up with meat demand in the country.

Almost every kind of meat you eat, regardless of if it’s cured, has been treated with nitrates.  If nitrates were only in one kind of food it would be simple, but they’re in nearly everything.

High levels of nitrates can be found in popular fruits and vegetables.  Naturally occurring nitrates in vegetables aren’t cause for concern, but synthetic nitrates are.

Nitrates are popular additives in fertilizers. Fruits and vegetables that are grown in nitrate-heavy soil can easily pick up excess compounds.

Nitrates are so present in food that some companies rely on using other additives to counteract their harmful effects.

Many people don’t know this, but hot dogs are processed with vitamin C (although most companies will list it as ascorbic acid on their labels) as a way to counteract the powerful nitrates.

It may be comforting to some that companies try to mitigate the damage nitrate loaded food can cause.  But others that are concerned about their health are going to want to cut as many nitrate-heavy foods out of their diet as possible.

If you’re ready to change the way you eat and live a healthier life, make sure you follow these tips.

Cut down on meat

Meat has earned a very prominent place in the American diet and it has very staunch defenders.  Some people can’t imagine cutting down on meat, but if they’re concerned about nitrates in food they’ll have to learn how to live without it.

There’s no denying that there is a link between certain cancers and meat consumption.

In 2015 22 scientists in 10 countries published a report that linked red and processed meat to cancer.  Many scientists believe that meat’s cancer causing properties come from the way it’s processed and preserved.

That study may be worrisome, but nobody is saying that meat is inherently bad. Lean meat can be very high in protein, and red meat can give you essential B-vitamins.

The real problem is the amount of meat most people eat.

A report by the World Health Organization found that the average American will eat 270.7 pounds of meat every year. That means that some Americans are almost eating their weight in meat annually.

If you can’t bear the thought of completely cutting meat out of your diet, you don’t have to.  Meat doesn’t have to be the entree, it doesn’t even have to make an appearance on your plate.

You can get all of the vitamins and minerals you need with fruits, vegetables, grain, and dairy.

People that want to avoid nitrates in food should become avid label readers when they’re shopping.

Today most companies aren’t simply going to list “nitrate” as an ingredient. There are plenty of “industry” terms they can use to make products look more appealing to health-conscious consumers.

Also be sure to pay close attention to the nitrate’s position on the label. If it’s one of the first few ingredients, that food has more nitrate than you want to eat.

We’ve already talked about how some food manufacturers will label foods to downplay their amount of nitrite.

If you want to play it very safe, you should consider only buying organic products. Organic foods can’t be produced with synthetic nitrates and nitrites, which could significantly cut down on health risks from the compound.

It’s also important to note that if you’re concerned about nitrates in food that you should be weary of the “natural” label.

Natural foods are nothing more than an advertising ploy.  Many natural foods can be loaded with harmful chemicals and additives. USDA certified organic foods need to meet strict standards, and you won’t find “creative” labels that downplay the presence of harmful ingredients.

Load up on antioxidants

Sometimes nitrates in food are unavoidable.  You may have to occasionally eat nitrates, but there is something you can do that can help fight against its harmful effects.

We mentioned before that antioxidants like vitamin C can help lessen the dangerous effects of broken down nitrates.

Eat foods that are rich in antioxidants if you want to avoid the harmful effects of nitrates in food.  Antioxidants can help keep nitrates from breaking down into nitrides and other dangerous compounds.  Antioxidants also have a variety of other health benefits.

If you’re worried about how nitrates in food can affect your health, you should be concerned about them in other parts of your life.

We mentioned before that nitrates can be found in nature and in industrial products.  Since nitrates are popular preservatives, some cosmetics companies will use them in make-up, lotions, and skin care products.

Because of its wide use in fertilizers, nitrates are being found in a surprising amount of local water reservoirs.  The water you use to bathe and cook could be loaded with dangerous nitrates.

If you want to ensure that you aren’t bombarded with nitrates, take action. A water filter answers the question of how you can keep your water clean.  They can remove harmful nitrates and make it safe to drink and use.

No doubt about it

As far as most scientists are concerned the debate over nitrates is over.  There’s an undeniable link between nitrate-heavy foods and cancer, people that want to lead healthy lifestyles should avoid them as much as possible.

Nitrates aren’t the only dangerous additives in foods.  People are concerned about artificial colors, phosphates, and other chemical compounds.

Tell us about what you do to avoid harmful additives and eat clean and stay healthy.

IcetruckJanuary 31, 2017
Like story:
tweet
Take Security into Your Own Hands and get a HIPAA Risk Assessment
The First Step to the Rest of Your Life: Choosing the Right Learnership 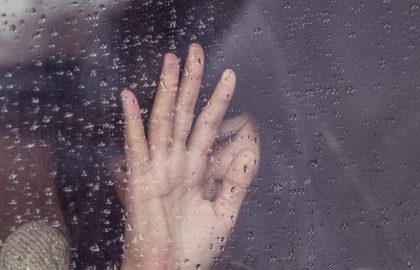 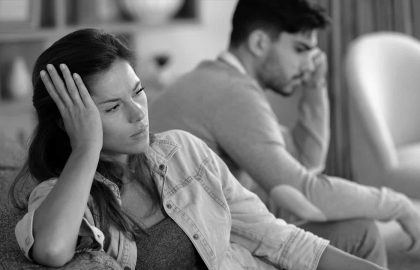 5 Signs Of Bad Communication In A Marriage 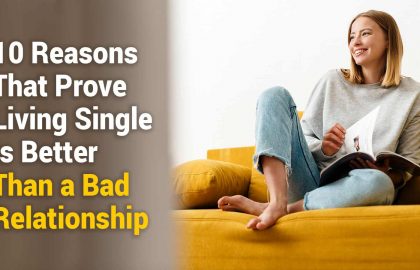 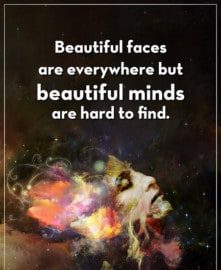 10 Things Couples Can Do To Change A Bad Relationship 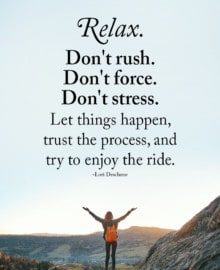 15 Bad Habits That Reveal a Workaholic 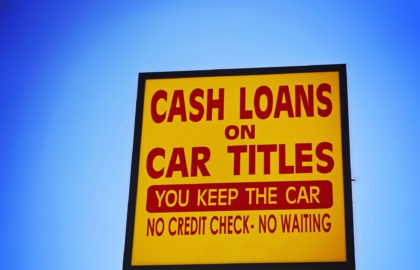