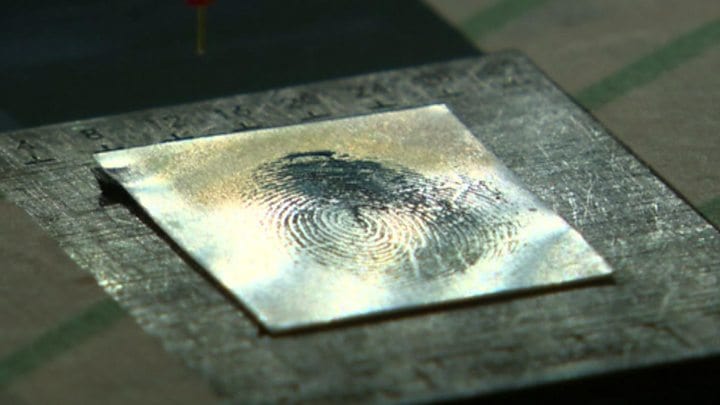 Fingerprint technology which can detect the brand of hair gel used by a suspect or whether they have handled a condom could soon be admissible in court.

The technique uses a form of mass spectrometry to detect traces of various substances within a fingerprint.

It can provide "diverse information" about a suspect, including any alcohol or drug use, researchers have said.

The Home Office said it could be "only months" before it is used in casework.

More stories from around Yorkshire

Teams from Sheffield Hallam University have been working with West Yorkshire Police to pilot the technique.

Project lead Dr Simona Francese said the technology had been used to detect blood in a 30-year-old print, meaning it could be used in cold case reviews.

"I would want to see this technology in high-profile cases such as murder or rape. It's very sophisticated, it's expensive but it's worthwhile," she added.

How does mass spectrometry work?

Researchers have been working with West Yorkshire Police to test the technology since 2012.

Dr Francese said: "When you think about what a fingerprint is, it's nothing else but sweat and sweat is a biological matrix.

"It contains molecules from within your body but also molecules that you have just contaminated your fingertips with, so the amount of information there potentially to retrieve is huge."

Neil Denison, acting director of Yorkshire and the Humber Regional Scientific Support at West Yorkshire Police, said: "We're very, very keen to keep up with criminals quite frankly, and this is one way that we can do that.

"It confirms our hopes because that's what this work is about. It's about looking to the future, fingerprints have been pretty dormant for 80 or 90 years but in the future we are hopeful that we'll be able to get more useful intelligence from fingerprints that will help us in the prevention and detection of crime."

What can we tell about a person by using mass spectrometry?

The Home Office has invested £80,000 in the project, with senior technical specialist Stephen Bleay writing a blueprint for all police forces in the UK to use.

He said: "There's a lot of scientific work going on, with Sheffield Hallam University and West Yorkshire Police visiting crime scenes looking at how this technique could fit in with the work flow of collecting conventional forensic evidence and other types of evidence, such as DNA and fibres.

"I think it's fairly close to bottoming out all the questions that could be raised in court.

"It's possible this is only months away from being used on casework."

"Fingerprinting has only been around since the early 1900s. Since then you have the Edmond Locard theory of every crime leaves a trace, and this kind of builds on that," he said.