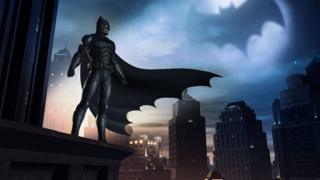 A photograph of assassinated Russian diplomat Andrei Karlov has been removed from a video game following complaints.

It appeared in the latest instalment of Batman: The Enemy Within, made by Telltale.

Telltale said it regretted the inclusion of the image of Mr Karlov, who was shot dead at an art exhibition in Ankara in December 2016.

It was first spotted by video game YouTube vloggers Bro Team Pill, and screenshots of it went viral.

"Imagine finding a picture online of an actual murdered diplomat and putting it into your Batman game," the user Dont_Look_Back posted on the Telltale Games forum.

"It's unprofessional, disrespectful and despicable. The man was murdered in front of the camera."

Telltale apologised in a statement and said the game had been updated to remove the picture across all platforms.

"We regret this incident occurred, and we are taking appropriate action internally to ensure that we continue to maintain our high standards in production and quality assurance," said a representative.