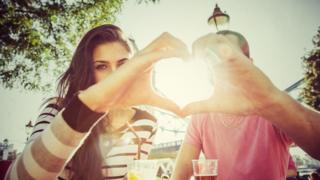 In the flesh, Wayne May (not his real name) is an affable gentleman in his late 40s, softly spoken with a lilting Welsh accent.

When we meet he's casually dressed in jeans and a Batman T-shirt. He works full-time as a carer.

On the net, he's a tireless defender of scam victims and a fearless scam baiter – a person who deliberately contacts scammers, engages with them and then publishes as much information about them as possible in order to warn others.

He regularly receives death threats, and his website, Scam Survivors, is often subjected to attempted DDoS attacks – where a site is maliciously hit with lots of web traffic to try to knock it offline.

But Mr May is determined to continue helping scamming victims in his spare time, and has a team of volunteers in the US, Canada and Europe doing the same.

Scam Survivors is not an official platform – in the UK victims are encouraged to contact Action Fraud – but the team has dealt with 20,000 cases in the past 12 years, he claims.

According to the Office for National Statistics there were 1.9 million reports of "cyber-related" fraud in the year ending March 2017 in England and Wales. But the report also says that many incidents go unreported.

Scamming may be an old trick but it's still an effective one.

Mr May, who does not charge but invites donations on his website, says his website gets up to 10,000 hits a day and the group also receives up to two dozen messages a day from people who are victims of sextortion – when a person is blackmailed after being persuaded to carry out a sex act on webcam, which is then recorded.

"A lot of people, when they come to us are already so far deep into it, they have nowhere to turn," he says.

"They're not stupid, they're just unaware of the scam."

"It's not obvious [that it's a scam] if they've never experienced it before."

He discovered he was "rather good" at baiting romance scammers and found relatives of victims were approaching him to help loved-ones.

"I started dealing more with the victims of the scams rather than the scammers themselves, so my priorities changed then from just having fun to actually helping people."

Many scams are not a particularly sophisticated form of fraud.

"There are constantly new scams coming out, and we need to be aware of those," says Mr May.

"But a lot of the scams aren't high-tech, they simply write messages to people and that's it.

"You might think, 'I'm not going to fall for this scam' but then you'll fall for another one. The scammers will find a chink in your armour."

The first thing Mr May has to explain to those who get in touch is that Scam Survivors cannot recover any money the victim has been persuaded to hand it over.

In his experience, the average victim will end up around £1,000 out of pocket, but some will go a lot further – one man who recently made contact with the support group had given more than £500,000 to a male Russian scammer he thought he was in a relationship with.

"We say upfront, we can't get your money back. We can't offer you emotional support. We're not psychiatrists. We're just people who know how scams work and how to deal with them," he says.

To prevent being a victim, his advice is simple: "Google everything."

Search the images you are sent, the messages you receive – often scammers use the same material and the more widely shared it is, the more likely it is to end up on a website dedicated to exposing scams.

If you fear blackmail, Mr May suggests setting up an alert so that you are notified if your name is mentioned online. If, in the case of sextortion, a video is published on the net, you will then know straight away and can report it, as you are likely to be tagged in it.

"Be aware and learn how to search everything," he says.

"If someone sends you a picture or text, search it, try to find out as much as you can. If you're unsure don't send them money."

Action Fraud, the UK's national fraud and cyber-crime reporting service, said all scams reported to it are passed on to the National Fraud Intelligence Bureau, which is part of City of London Police.

However, a spokeswoman told the BBC that only around 30% of all fraud cases had "viable lines of inquiry".

"We know that at these levels it is difficult for law enforcement agencies to investigate all these crimes," said a spokeswoman.

"We have to maximise our resources where there is the best chance of a successful investigative outcome."

Professor Alan Woodward, cyber-security expert from Surrey University, said it was still important to keep reporting scams to the national body even if individual justice was not always possible.

"For those contacting Action Fraud UK to report a crime it may appear that little happens, but your information is vital in constructing an accurate picture of where, when and how online scams are occurring," he said.

"It may be that the police are unable to solve your individual crime but by studying the big picture they are able to zero in on the scammers.

"Your report could be vital in completing the overall picture and enable law enforcement to prevent others suffering as you have."

Some people argue that the scammers themselves are also in desperate situations – many of them operate in some of the poorest parts of the world, such as West Africa and the Philippines.

Wayne May has no sympathy.

"If you go online and scam people you have the money to go online, if you can't afford food you can't spend hours in an internet cafe."

He is, however, haunted by one occasion when a woman from the Philippines he was scam-baiting offered to perform on webcam for him. When he declined she then asked if she should involve her sister.

"She called this girl over and she couldn't have been more than nine or 10," he recalls.

"That horrified me. I said, 'Don't do this, not for me, not for anybody. You shouldn't do this'. I couldn't talk to her again after that. I had to completely walk away."

He says he has no idea what happened to her.

"I can't let it affect me too much, otherwise I wouldn't be able to do what I do," he said.

"I've been doing it for almost 12 years now, and if I let every case affect me I'd be a gibbering wreck in the corner."

Romance – when a scammer builds an intense online relationship with someone, then asks for money

Pets – a pet is advertised for sale, and then fees are demanded in order to get the pet to its new owner. The pet does not exist.

Hitman – Someone claims to be a hitman and says that they have been paid to kill you. They then say that if you are prepared to pay more, they will not carry out the threat.

419 – named after section 419 of the Nigerian criminal code – claiming money from another person under false pretence: such as needing assistance to release a large sum of fictional inheritance.