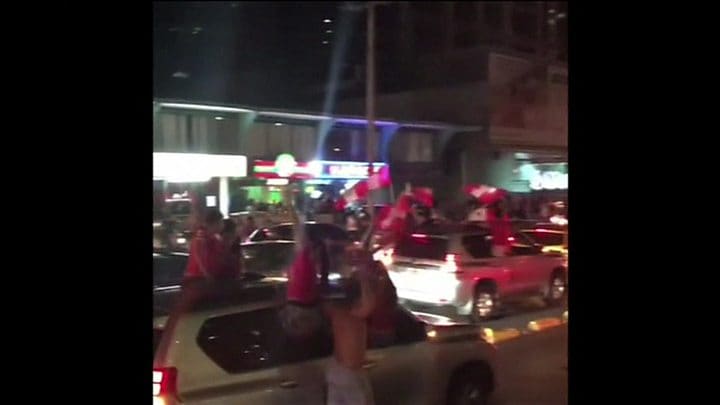 The president of Panama has declared Wednesday to be a national holiday after the country qualified for the World Cup for the first time ever.

Juan Carlos Varela‏ said on Twitter: "The voice of the people has been heard… Tomorrow will be a national holiday."

The president said public and private workers could take the day off, and school classes would also be cancelled.

In a series of excited tweets, he shared a picture of himself signing the decree, adding "You deserve it".

Panamanians celebrated long into the night after the victory.

However, there has been some dispute over whether the team's first goal crossed the line.

Panama has tried to qualify for every football World Cup since 1978, but it has never been successful until now.

The country will take part in the 2018 competition, which starts in Russia next June.

The United States was in the same qualifying group for the North and Central America region, but failed to get through after losing against bottom-team Trinidad and Tobago.

Mexico and Costa Rica were successful, and Honduras faces a play off against Australia.