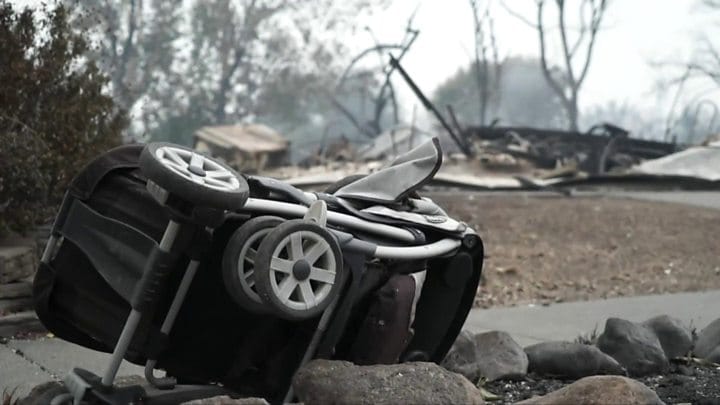 A couple who recently celebrated their 75th wedding anniversary are among the 21 dead in some of California's worst-ever wildfires.

He also said about 150 people have been located and expects that some of those who have been found have yet to update their status on the missing registry.

More evacuations were ordered on Wednesday as the winds shifted. The entire town of Calistoga, in Napa County, was told to leave – about 5,000 residents – and police stopped all traffic trying to approach the area.

The Rippeys died on Sunday at their home in Napa, California, where the fast-moving fires trapped them inside.

The couple's son, Mike Rippey said he and his brother found their parents' remains near each other amid the rubble of their home on Tuesday.

"We kids would always talk about what it would be like if one of them died and the other was still alive," Mr Rippey, 71, told the newspaper.

"They just couldn't be without each other. The fact that they went together is probably what they would have wanted."

The couple attended the University of Wisconsin and married in 1942 before World War Two took Charles Rippey abroad.

The Rippeys had five children together and lived in the Napa home for 35 years.

Mike Rippey said his father appeared to be heading to his mother's room when he was engulfed in smoke and flames.

"My father certainly wouldn't have left her," he said.

Eleven of the deaths have been in Sonoma County, where officials said 530 were still unaccounted for, although that could be due to the chaotic pace of the evacuations.

Family members and friends of those missing have made appeals on social media to locate their loved ones while authorities have urged missing residents to mark themselves safe on the registry.

In Sonoma County's city of Santa Rosa, a Hilton hotel and a mobile home park were destroyed. Tens of thousands of Sonoma County residents have fled, authorities said.

In the hills above Santa Rosa, resident Peter Lang was forced to choose between saving his home or more than 1,000 animals that were trapped at his Safari West wildlife preserve, the Press Democrat newspaper reported.

The 77-year-old owner said he did not lose a single animal, but his home was destroyed.

At least four wineries have suffered "total or very significant losses", Napa Valley Vintners said, with nine others reporting some damage to buildings or vineyards.

More than 91,000 homes and businesses are without power.