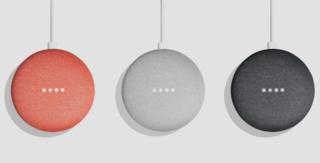 Google has stopped its Home Mini speakers responding when users touch them.

It permanently turned off the touch activation feature after it found that sensors primed to spot a finger tap were too sensitive.

Early users found that the touch sensors were registering "phantom" touches that turned them on.

This meant the speakers were recording everything around them thousands of times a day.

Google said it disabled the feature to give users "peace of mind".

Google's Home Mini gadgets were unveiled on 4 October as part of a revamp of its line of smart speakers. The intelligent assistant feature on it could be activated two ways – by either saying "OK, Google" or by tapping the surface.

The problem with the gadgets was uncovered by early reviewers and those who obtained devices from Google launch events. About 4,000 Home Mini speakers are believed to have been distributed this way.

The reviewers said the units seem to activate without anyone touching them or speaking the "wake" phrase. All the information recorded was sent to Google.

Google said it took "user privacy very seriously" in a statement explaining the decision to disable the touch-to-activate function. It is not clear if the feature will be reinstated at a later date.

The search giant said it would apply the update across all Home Mini speakers by the end of 15 October. The gadgets will still respond to voice and volume can be adjusted by tapping the side of the device.

The Mini is due to be available to buy from 19 October.