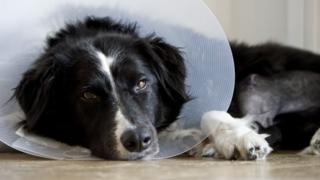 An Italian woman has won a legal battle for sick pay for time she took off work to look after her dog.

The woman, an academic at Rome's La Sapienza University, won the case with the help of lawyers from Italy's Anti-Vivisection League (LAV).

It is the first such finding by an Italian court.

A judge accepted the woman's case that the university should put the absence down to "serious or family personal reasons".

The academic, who has not been named, took two days off to care for Cucciola, a 12-year-old English Setter, after the dog underwent surgery.

Her lawyers pointed to a provision in Italian law which says people who abandon an animal to "grave suffering" can be jailed for a year and fined up to €10,000 (£9,000).

"It is a significant step forward that recognised that animals that are not kept for financial gain or their working ability are effectively members of the family," Gianluca Felicetti, president of LAV, said.

"Now, those in the same situation will be able to cite this important precedent," he added.