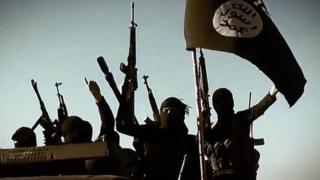 The accord was decided at a two-day meeting between the G7 nations and the tech firms, hosted on the Italian island of Ischia.

The aim, according to officials, is to remove jihadist content from the internet within two hours.

Important & productive conversation on tackling shared objectives. Grateful for the opportunity to update the #G7 on progress of the GIFCT. https://t.co/Ge6gh6aXjd

In a statement issued after the meeting, the G7 said: "We underscore the challenge to industry and we urge it… to develop solutions to identify and remove terrorist content within one to two hours of upload, to the extent it is technically feasible, without compromising human rights and fundamental freedoms."

It also urged the companies to develop better detection tools and to ensure all removed material is reported to authorities.

In September, UK prime minister Theresa May said technology companies must go "further and faster" in removing extremist content. She said then that she wanted such content removed within two hours.

It is the first time that representatives from Google, Microsoft, Facebook and Twitter have taken part in G7 talks.

The G7 consists of Canada, France, Germany, Italy, Japan, the UK and the US.