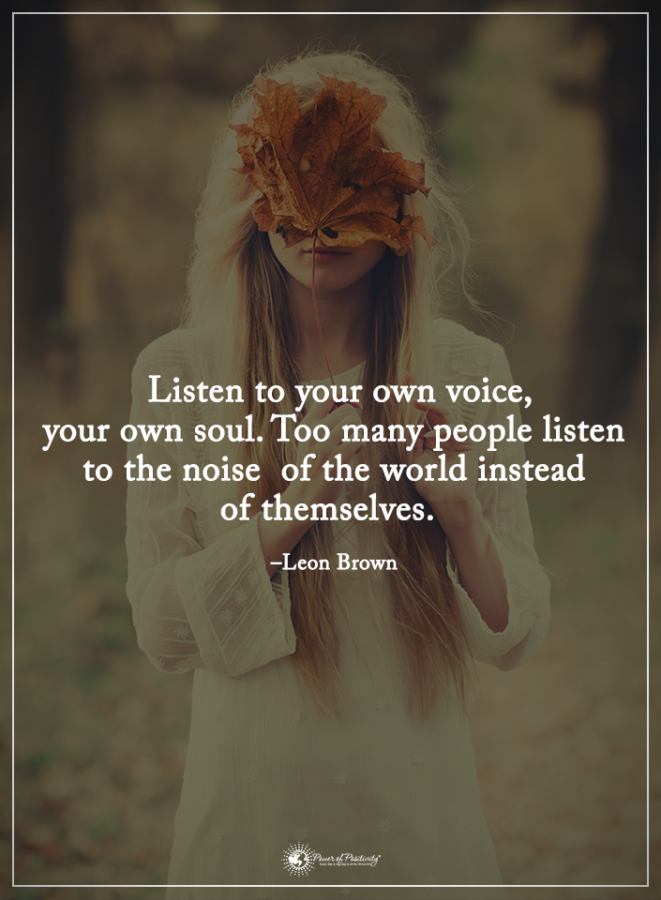 Anxiety disorders are the most common mental illness in the U.S., affecting 40 million adults in the United States age 18 and older, or 18.1% of the population every year. ~ The Anxiety and Depression Association Of America

There’s a serious problem out there.

Maybe there’s a serious problem in there, with you. Don’t fret, my friend. You’re in the company of billions of others.

It’s easy, and justifiable, to place some blame on the external world (“modern society”) and the feverish pace we’re instructed to live our lives.

No. The phrase “That’s life” is paradoxical as it is pointless.

The truth that evades so many of us is this: external influences affect us as much as we allow and no more.

A lesson from long ago…

Siddhartha Gautama, otherwise known as the Buddha, was a real, historical figure, born into a royal family in ancient India. He had everything: wealth, loving parents, the best clothing, servants, and so forth.

But he was deeply discontented.

For a long period, Siddhartha didn’t know exactly why he felt this way. His father, knowing the struggles of the masses, refused to let the young man outside of the palace walls.

The young Prince had enough of his father’s protectionism.

All it took was one jaunt outside of his palace to see the multitudes suffering from poverty, sickness, and despair.

Now young Siddhartha knew why he was disturbed; which led to another question (naturally): why is there so much suffering?

The Prince shed his royal garb, said his goodbyes, and went on a deeply personal search.

After a long period of searching for answers to no avail, Siddhartha refused to move from under a Bodhi tree until he received some sensible answers.

The story goes that Siddhartha sat there for days in meditation. When he awoke, the story goes, Siddhartha was no longer. He was enlightened and became the Buddha.

Buddhists use the term enlightenment to describe “an internal awakening.”

His words would penetrate the souls of people who listened and have categorically baffled the brightest skeptics to this day.

Robert Wright, a world-renowned professor and author of Why Buddhism Is True says:

“The reason we suffer and the reason why we make other people suffer is that we don’t see the world clearly…Buddhism’s diagnosis of the human predicament is deeply valid and urgently important.”

Wright goes on to explain that Buddha knew this well before his time.

Furthermore, Wright explains – like so many other scholars have – that Buddha’s insights into the human mind and meditation are astonishing to the point that they’re just now being recognized as “valid” by legions of brain scientists and their ilk.

What Causes People To Have Stress (And How to Avoid It)

From Buddha to the Brain

Perhaps following the Buddha’s claims, psychologists and neuroscientists continue to show – over and over again – that external “pleasures” can not make us happy for long.

In fact, the very things we “can’t live without” can be detrimental to our mental well-being if used to excess. Yes, this means our cell phones, computers, makeup, cigarettes, alcohol, and every type of luxury.

On a neuroscientific level, our brain’s have evolved considerably over the millennia. However, we are still stuck with the reptilian brain, the amygdala, which is responsible for the fight-or-flight response.

What’s considerably different is the trigger.

That is, we’re not on-edge about some carnivorous predator that may or may not be lurking in the bushes. Instead, we’re overstimulated by noise and busyness.

We’re perpetually “rushed.” Our fight-or-flight response is also triggered by the very possessions so many of us cherish.

None of this is good for the mind, body, or soul.

The answer here is “simple”: you must rid yourself of modern society’s “triggers” at least some of the time.

Logically, there’s no reason to have our cell phones on and by our side 24/7. Rationally, watching 4 or more hours of television is unhealthy and intellectually worthless. Sensibly, consuming a diet of mostly processed foods is foolish and unwholesome.

There’s a reason why people give up their “stuff” and seek a different path.

We needn’t be drastic in our actions. For example, this author found a wonderful white noise application that calms his mind. The phone stays out of his eye line. Organic food is consumed whenever possible. Meditation is practiced for a minimum of half an hour daily.

All of these things, which are ways of life for many, are the answer to much of this writer’s stress. Bear in mind that not everyone will have the same “answer.”

We cannot possibly eradicate all stress.

We can – and should – reduce our exposure to it.

Put your phone away, get out into nature, take a mindfulness meditation course.

The post What Causes People To Have Stress (And How to Avoid It) appeared first on Power of Positivity: Positive Thinking & Attitude.

IcetruckOctober 21, 2017
Like story:
tweet
Why People Need to Get Off The Couch (Before It’s Too Late)
Czech election: Billionaire Babis wins by large margin