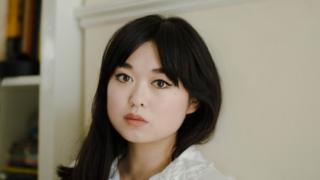 Sweden says its citizen Gui Minhai, one of the five jailed "Hong Kong booksellers", has been released from prison in China.

But Mr Gui's daughter, Angela, said no-one had seen him or spoken to him a week after his supposed release.

He disappeared in Thailand in October 2015 before mysteriously turning up in detention in mainland China.

Mr Gui was officially in prison after confessing to a fatal road accident which allegedly took place in 2003. His daughter says the confession was forced.

The four other members of the publishing company detained in China were previously released. Three remained silent about their detention.

But one, Lam Wing-kee, who has no family on mainland China, said the confessions shown on Chinese television were forced, read from a script written by Chinese officials.

He also alleged one of the men, Lee Bo, had been abducted from Hong Kong against his will – something Mr Lee has not confirmed himself.

Allegations that Mr Lee and Mr Gui were abducted across international borders in an extrajudicial process sparked international concern.

Chinese officials say he and the four other men detained all went to China voluntarily.

On Tuesday, after Mr Gui's release was announced, his daughter Angela Gui said: "I still do not know where my father is."

A spokeswoman for the Swedish foreign ministry confirmed that information about Mr Gui's release had come from the Chinese authorities and said Sweden was seeking clarification.

No other official details were available.

Ms Gui, who lives in the UK, released a statement saying the Swedish embassy had been told, in advance that her father would be released on 17 October.

She said that when Swedish officials arrived on the morning of his release, they were told by prison officials that he had already left at midnight.

"They were also told that he was 'free to travel' and that they had no idea where he was," she added.

"Neither I nor any member of my family nor any of his friends have been contacted. It is still very unclear where he is. I am deeply concerned for his wellbeing."