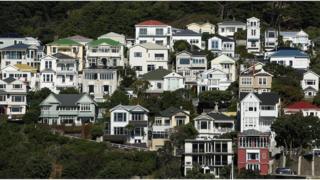 New Zealand will ban foreign buyers from purchasing existing homes in the country in an effort to cool soaring property prices.

The country is facing a housing affordability crisis which has left home ownership out of reach for many.

Foreign ownership and a housing shortage in New Zealand's bigger cities were prominent issues in the run-up to the September election, which saw the end of nine years of rule by the conservative National Party.

"We have agreed on banning the purchase of existing homes by foreign buyers," Ms Ardern said on Tuesday, while also announcing plans to slash immigration and focus on job creation.

The prime minister-elect has previously described capitalism as a "blatant failure" when it came to providing homes for the poor.

The ban follows fears that overseas buyers of homes were putting too much pressure on infrastructure and house prices. Chinese investors have been among the biggest offshore buyers of property in the New Zealand market.

The rise in New Zealand house prices over recent years has been fuelled by strong immigration, low interest rates and limited housing supplies.

House price growth in the country, home to about 4.6 million people, has moderated over the past year, but remains among the highest in the world.

A recent survey by property consultants Knight Frank found annual house price growth in New Zealand was 10.4%, pushing it from 3rd to 10th place in the ranking of 55 housing markets.

Prices in the capital, Wellington, rose 18.1% in the year to June 2017. Residential prices in Auckland, the country's largest city, rose 9.8% over the same period.