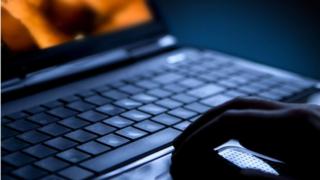 Dozens of adult content creators have signed an open letter to Patreon challenging restrictions it has placed on the creation of pornography.

The crowdfunding service updated its rules last week to explicitly ban the sale of pornographic content and provision of sexual services.

It said at the time that it was clarifying an existing policy.

But the firm has been accused of betraying some of its members who say their activity is not illegal.

"And it makes content creators live in fear of that discrimination, itself leading to self-censorship of important viewpoints."

Patreon's chief executive has said he intends to issue a "thorough response" later this Wednesday.

Regarding changes to our content policy: I hear you, I read the open letter. I'm working with the team to have a thorough response by 2mrrow

Unlike most crowdfunding platforms – which focus on delivery of a single product or experience – Patreon provides its members with a way to charge a monthly subscription fee for an ongoing service, from which it takes a cut.

In many cases, this involves the delivery of podcasts, music, training videos and artistic performances.

But on 17 October, the site's legal chief said he had become concerned that "a small number of creators" were involved in the creation of what he termed fringe adult content.

As a result, the San Francisco-based firm's community guidelines were amended to state: "You can't use Patreon to raise funds in order to produce pornographic material such as maintaining a website, funding the production of movies, or providing a private webcam session."

Prior to this the wording was less detailed, stating instead that "Patreon is not for pornography, but some of the world's most beautiful and historically significant art depicts nudity and sexual expression". It had added that "suggestive imagery" was permitted if marked NSFW (not safe for work).

Although Patreon has indicated there has not been a major policy shift, the letter references a blogger who claims there has indeed been a "substantial change after a long period of stasis".

"You were helping us hold it in our own hands. We ask you to take a stand on behalf of the sex workers who use your platform, their fans, and everyone who supports freedom of expression."

One academic said that Patreon might want to avoid the risk of being associated with "exploitation" but that censorship carried its own risks.

"But it makes sense that [Patreon] would try to get more conservative as it tries to scale up. And I imagine there has been a particular use case… that has been trouble for it."