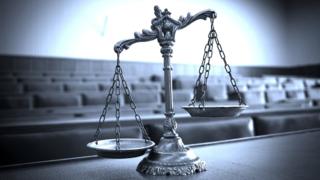 A Canadian judge has come under fire for noting a sexual assault victim's weight and appearance in court.

Quebec court Judge Jean-Paul Braun also suggested the victim was a "little flattered" by the attention she received from her alleged assailant.

He made the comments while presiding over the trial of a taxi driver accused of assaulting a 17-year-old passenger.

The Journal de Montreal newspaper first reported on Judge Braun's recorded remarks made in court in May.

According to the victim's testimony, Figaro tried to kiss her, licked her face and groped her while she was a passenger in his vehicle.

"You could say she's a little overweight, but she has a pretty face, huh?" the judge said of the victim during the trial, according to a recording obtained by the Journal de Montreal.

The judge also reportedly mused the victim might have been flattered by the attention from the taxi driver because "it was perhaps the first time that he was interested in her".

It is not the first time Mr Braun has come under scrutiny.

He was criticised in 2013 for saying the case of a telecom technician who verbally harassed a 19-year-old and grabbed her breasts was not "the crime of the century".

On Twitter, the head of the Quebec Bar Association, Paul-Matthieu Grondin, called Judge Braun's remarks "deplorable" and said they do not have a place in today's justice system.

Quebec's magistrate's council, which handles ethics complaints about provincially appointed judges, said it does not comment on complaints it receives.

The council reviews complaints before determining whether to launch an investigation. If necessary an inquiry committee decides on possible sanctions.

In May, the province of Ontario made sexual assault training mandatory for newly appointed provincial judges.