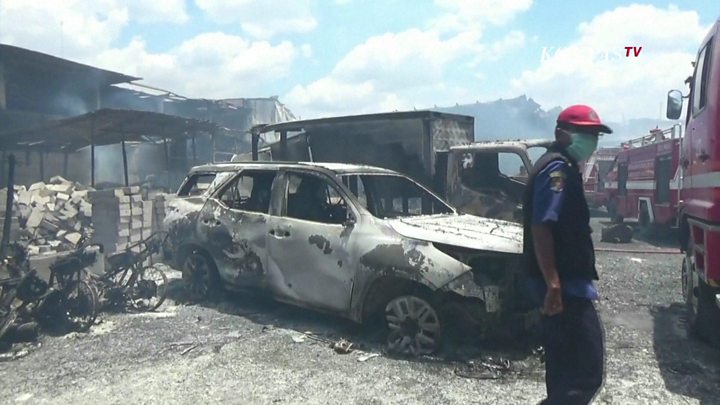 Around 46 people have died, 46 are injured, and 10 are unaccounted for after explosions at a fireworks factory in Indonesia.

The fire has been brought under control.

Forensic officers are at the scene and the wounded have been taken to three hospitals.

Police said many of the dead were found clustered at the back of the factory, suggesting they tried in vain to flee the flames.

Citing witnesses, local media said there were two explosions at the warehouse – one at around 10:00 and another three hours later.

The first sparked a massive fire and brought down the factory roof. Nearby cars were burned out, and television footage showed thick black smoke pouring from the site.

One local resident, Beni Benteng said he heard an explosion, followed by the cries of people inside.

"My friends and I and some police officers knocked down a wall so people could escape, then the workers came out," he told AFP.

"I saw people including women were jumping from above."

It is not yet known what prompted the explosions.