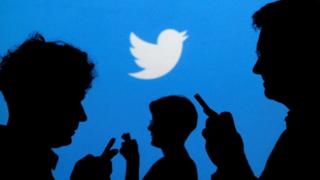 Twitter is banning two of Russia's biggest media outlets from buying advertising amid fears they attempted to interfere with the 2016 US election.

The ban on advertising from Russia Today (RT) and Sputnik, and all linked accounts, was "effective immediately".

US authorities say both act as "a platform for Kremlin messaging".

The social media giant will donate an estimated $1.9m (£1.4m) made from the outlets into research on Twitter's use in "civic engagement and elections".

Twitter said the decision "was based on the retrospective work we've been doing around the 2016 US election and the US intelligence community's conclusion that both RT and Sputnik attempted to interfere with the election on behalf of the Russian government".

The statement, published on the social media platform's blog, continued: "We did not come to this decision lightly, and are taking this step now as part of our ongoing commitment to help protect the integrity of the user experience on Twitter."

The decision has provoked an angry response in Russia, with the country's foreign ministry accusing Twitter of bowing to pressure from the US intelligence services, saying the move was "another aggressive step" aimed at blocking Russian media in the US.

It added "retaliatory measures" would follow, according to RIA Novosti news agency [in Russian],

Meanwhile, responding to the allegations, RT's deputy editor-in-chief Kirill Karnovich-Valua said the outlet "has never been involved in any illegal activity online, and that it never pursued an agenda of influencing the US election through any platforms".

His comments followed those of RT editor-in-chief Margarita Simonyan, who used Twitter's own platform to accuse the social network of pushing them to "spend big" during the election.

Twitter is one of a number of companies keen to show they can self-regulate after it was found that Russian-backed groups were exploiting its ad platform. Its lawyers are due to appear before public hearings of the Senate and House intelligence committees to discuss possible interference on 1 November.

Russia has repeatedly denied claims that it interfered in the 2016 elections. US intelligence services accuse the country of trying to sway the vote in Donald Trump's favour in various ways, including by spreading fake news and hacking the Democratic National Committee (DNC) networks in order to undermine rival Hillary Clinton.

The allegations have sparked an investigation into possible links between Russia and Mr Trump, led by special counsel Rob Mueller, a former FBI director.

Mr Trump denies there was any collusion.