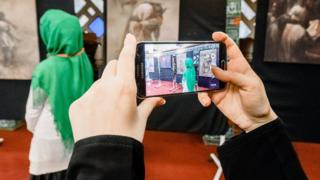 A row has erupted in Germany after a university lecturer told a Muslim woman she should remove her headscarf.

Professor Gisela Müller-Brandeck-Bocquet has been accused of "discrimination" after asking everyone at the University of Würzburg lecture to take off their headwear.

The professor argued this should include the Muslim woman, because the lecture hall was a secular space.

But she says she did not insist that the headscarf be removed.

Instead, a university spokesman told BR24 [in German] that Professor Müller-Brandeck-Bocquet had launched into a discussion of equality between men and women, before expressing her personal disapproval.

The spokesman added that she "regrets the excitement and misunderstanding" which arose from her opinion.

Green Youth Würzburg reported [in German] that a number of students walked out in protest and solidarity with the 19-year-old woman, who is of Turkish origin but has not been named.

The students, who were attending a lecture on international relations, cited the right to religious freedom.

"We feel the professor's behaviour was a public humiliation," Green Youth Würzburg committee member Magdalena Bachinger said. "The headscarf is part of an individual religious exercise."

The University of Würzburg said there were no rules prohibiting students wearing a headscarf.