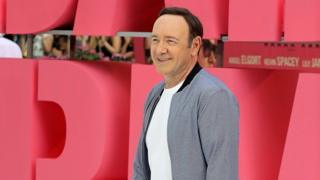 Why are people angry about Kevin Spacey coming out?

If Kevin Spacey had come out as gay a year ago, the reactions would've been very different to those seen on Monday.

For starters, he almost certainly would have been congratulated – a Hollywood A-lister publicly coming out in a world where being gay is considered by many to damage ticket sales.

But the House of Cards actor only came out in the wake of accusations that he made a sexual advance towards a male child actor in 1986.

Anthony Rapp, who was 14 at the time, told BuzzFeed that Spacey invited him to a party and seemed drunk when the alleged incident happened.

The actor apologised in a statement posted on Twitter, writing: "This story has encouraged me to address other things about my life… I have loved and had romantic encounters with men throughout my life, and I choose to now live as a gay man."

But he's since been criticised for choosing this moment to come out – and some have accused him of using his sexuality as a shield to deflect the negative publicity the allegations have sparked.

"He doesn't get a pass just because he's gay," says Josh Rivers, the newly-appointed editor of Gay Times.

"Alleged predatory behaviour is bad behaviour regardless of your sexuality.

"Kevin Spacey has chosen the incorrect moment to assert his sexuality, particularly in this situation where he's being accused of something quite egregious."

Linda Riley, publisher of Diva magazine and co-founder of the British LGBT Awards, says it was "disappointing" that the actor chose this moment to come out, adding: "I felt it was deflecting from the allegations.

"There's been so many times he could've come out in the past and he hasn't. That's his choice but he should've used this time to own the apology, and so to make it about himself instead was disgusting, basically."

She adds: "I find this whole statement quite manipulative if I'm honest, he's tried to acknowledge what he's done, but used the fact he's gay as subterfuge."

But Benjamin Cohen, CEO of PinkNews, points out: "I don't think Kevin Spacey could've done anything but come out [after the allegation was made].

"But it's unfortunate he ended up having to come out at the same time as responding to quite serious allegations of inappropriate conduct towards someone who was just 14 at the time."

"Clearly there's two stories now," Cohen continues. "One is 'Big star Kevin Spacey comes out', and the other one is 'Kevin Spacey accused of sexual misconduct in the 1980s".

"And I think it's unfortunate that the way he's responded to that means the two issues are kind of conflated."

Spacey's statement, which was published late on Sunday evening, sparked a similar reaction on social media – and not just from the LGBT community.

I'm not interested in Kevin Spacey being gay. I'm curious as to why we're conflating sexuality w/ the molestation of a minor. Stay on topic

Well done Kev. You stay silent on your sexuality until the time comes when you can conflate it with an alleged sexual assault on a minor.

Coming out as a gay man is not the same thing as coming out as someone who preyed on a 14-year-old. Conflating those things is disgusting

Rivers says: "I think the [LGBT] community is understandably upset that he's managed to conflate these two things, it does seem like a deflection technique.

"There are already people who suggest that homosexuality and paedophilia are linked, and we know they're not, but this statement doesn't do anything to rubbish that."

"Homophobes will use any excuse they're given, so no it's not helpful that he's made it so easy for them to use this against us as a community to kind of reinforce these bigoted views that they have."

Many have expressed their disappointment that the actor decided against coming out earlier in his career.

"I think it would've been a brilliant story," Cohen says, "particularly because of his current big role in House of Cards."

"It would've been an interesting opportunity to have someone in a big mainstream US TV show coming out, it would've been a very positive thing to do, but obviously that wasn't what happened."

Riley thinks if Spacey had come out sooner "he would've been lauded".

"It's great for LGBT actors to be able to say they're gay and have it be no big deal. More and more they're coming out, every day. So I don't think there would've been a huge backlash to his career, there are plenty of successful LGBT actors."

Instead, Rivers says, he's now facing a wave of criticism.

"We as a community have become acutely attuned to these types of manipulations and deflections, and we can't stand for it," he says.

Riley adds: "So many of us who are LGBT have sacrificed so much in our lives to come out, and it's been quite a courageous thing to do, so coming out should be associated with an act of courage, not deflection."