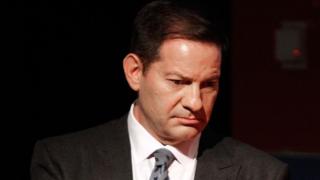 NBC News and MSNBC say they have terminated contracts with US political journalist Mark Halperin following allegations of sexual harassment.

The allegations relate to Mr Halperin's work at ABC more than a decade ago.

The Showtime network said Mr Halperin would not return to political programme The Circus, which will be renamed.

At least 12 women have come forward to report that Mr Halperin harassed or assaulted them during his stint as political director at ABC News.

The allegations include unwanted kissing and touching, and grabbing a woman's breast.

Mr Halperin issued a statement on Twitter on Friday, apologising for his actions and admitting that he "caused fear and anxiety for women who were only seeking to do their jobs".

Halperin said he had closely read his accusers accounts and "recognized conduct for which I feel profound guilt and responsibility".

CNN senior international correspondent Clarissa Ward said on Twitter that Halperin's conduct was an "open secret when I was at ABC for years".

A raft of sexual harassment allegations against media and entertainment industry figures has emerged in recent weeks, sparked by accusations against Hollywood mogul Harvey Weinstein.

Actor Kevin Spacey on Monday became the latest public figure to be accused of harassment or assault, when actor Anthony Rapp alleged Spacey made a sexual advance on him when Rapp was just 14.

Spacey responded by apologising – although he claimed not to remember the incident – and coming out as gay, sparking a backlash on social media for conflating the two issues.