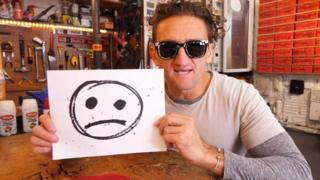 YouTube is tweaking the way it chooses which videos will have adverts shown with them.

The update comes after YouTube made changes to the way videos were monetised, to stop ads appearing alongside extremist content.

The changes prompted complaints from some popular vloggers, saying it made it hard for them to earn money.

The improved algorithm should mean more videos were classified as suitable for ads, YouTube said.

In April and May this year, YouTube acted after investigations revealed that ads for big brands were being regularly shown on racist videos or those that encouraged violence against particular groups.

One consequence of the changes was that videos created by many popular YouTubers no longer ran with ads because the algorithm flagged them as not being "family friendly".

High-profile YouTubers criticised the site for the way it had handled the changes.

Many said they had been left confused about what criteria would lead to a video no longer getting ads.

In response, YouTube created a system that let creators appeal if the algorithm decided that they could not monetise a video.

Humans reviewed the decision to see if a video had been wrongly classified.

In a blog, the company said it had taken information from the appeals made over the past few months to update its algorithm so it correctly classified more videos.

"As a result, there will be a 30% reduction in the number of videos receiving limited ads as they move to being fully monetised," said YouTube.

"In other words, millions more videos will become fully monetised."