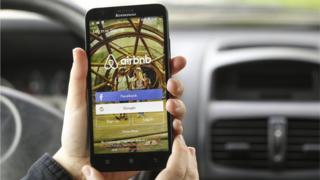 A man has allegedly been murdered while staying in an Airbnb-listed property in Melbourne, Australia.

As he was trying to leave the property after a week on Wednesday 25 October, he was allegedly attacked and later died in hospital.

Three men who also lived in the property have been charged with murder, and one has also been accused of rape.

Craig Levy, 36, Ryan Smart, 37, and Jason Colton, 41, did not apply for bail when they appeared at Melbourne Magistrates' Court on Friday.

A spokesman for Airbnb told Australian daily newspaper the Age that the room-rental service was "deeply saddened and outraged" by the tragedy.

"The family will have our full support and our hearts go out to them and all of his friends," the spokesman said.

"We have removed this listing from our platform and will fully co-operate with law enforcement on their investigation.

"There is no place on Airbnb for such an abhorrent act, which violates everything our global community stands for."

Mr Jonuzi, a bricklayer, had rented the room because he wanted cheap and stable accommodation while he dealt with some "personal issues", according to the Age.

However, not long into his stay, he told a friend that he planned to move out early, because he didn't like the "energy" in the house.

He allegedly argued with his three housemates over money, and then decided to cut his stay short.

On Wednesday night, he packed his belongings, loaded them into his car and was about to leave when he was allegedly attacked on the front lawn of the property.

Paramedics failed to revive him and he was taken to hospital suffering from heart failure, where he died.

The accused men have been remanded into custody and are next due to appear in court on 22 March 2018.

IcetruckOctober 31, 2017
Like story:
tweet
Fixed-odds maximum bet ‘could drop to £2’
In a city ravaged by heroin, a needle exchange stalls