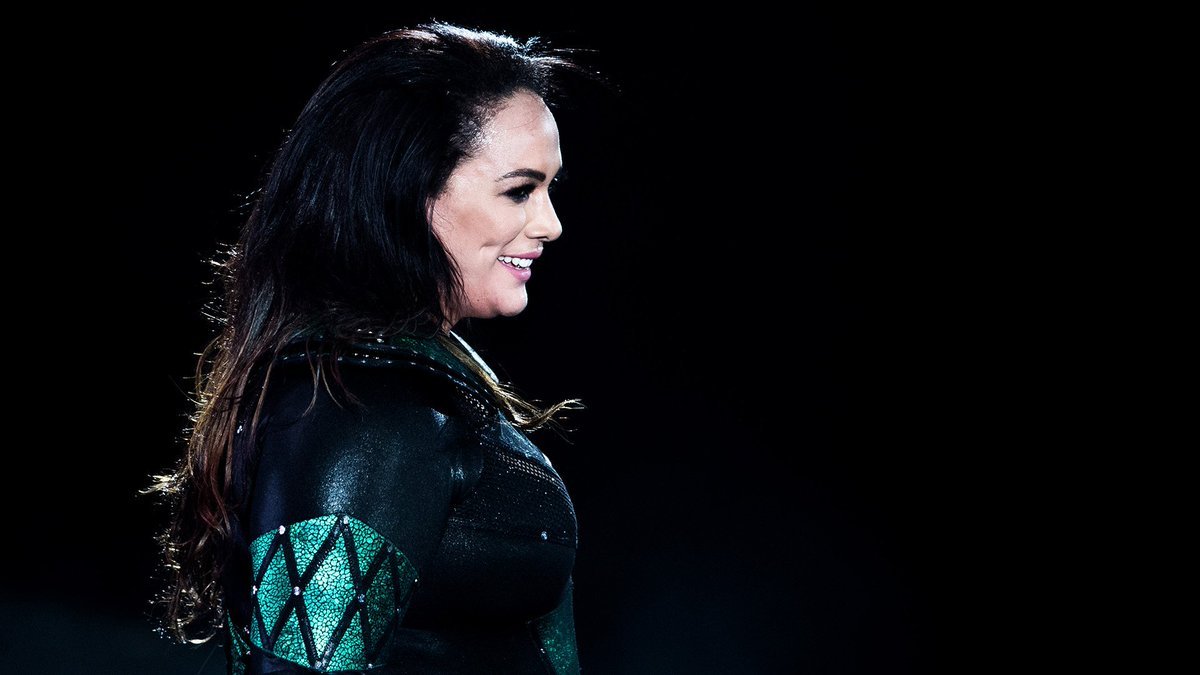 The superstars of WWE are some well known wrestlers on the planet. WWE does not have the habit of hiring the scrubs, as the ones who they push at the top have something very special. It is a fine possibility that they may not perform well in the ring but there is something special about them that makes them cool among others. This company has a lot of great talent and many of them are hard to be ignored. Many of them are so impressive that it is not possible for everyone to be at the top position. Check out list of WWE superstars who need to be fired soon!

Nia has been seen on television news due to her issues with the WWE management. The real story behind the rumors is that she was upset on the decision that Emma have a debut match for Asuka at WWE and she wasn’t the part of it! She was so frustrated over that she was all around the WWE RAW Women’s championship for approximately a year and others have been attaining many reigns with it. All this resulted in her leaving. Her wrestling style might not be up to the mark but she is someone that is much easy to be noticed.

He is one of the best performers and when you are looking for a guy who does his tasks well and soundly, Tye is your guy. The biggest problem might be that he is good at everything but he doesn’t scream WWE champion. He has a quite a good luck and performs excellent on the mic and in the ring. Though he is acting on WWE Smack Down Live to prove himself but many feel like it isn’t enough and that he must have stayed on NXT and won the title as well. It might be intelligent for him to get out of WWE while he have a fan following.

Noam is part of WWE’s Cruiserweight division and like others has been lost. Being part of WWE’s Cruiserweight division, has been lost like many others related to it. Since the WWE has brought back the divisions, many fans enjoyed see it returning and more joyous when they noticed that entire show was dedicated the wrestlers. Unfortunately it did not work out well and many superstars got unhappy with the results. Dar would have to leave for indies to develop a bigger name and come back with the bang.

Heath has been much liked star for many years but seems like he has not lived up to the expectations of his fans. He has won many tag team titles but is far away from winning single titles. Despite the demand of fans he has come up short each time. Many people he led became major champions, he is already liked by fans, all he need is an opportunity. He runs a wrestling training school now and train the future talent but he still deserves a bigger opportunity to do things in a better way. 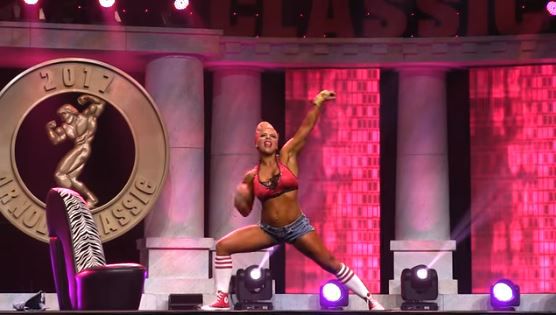 Looking at Dana, a strong, athletic and independent woman is reflected from her personality. She was top female heel at WWE NXT at that time which ed to big matches but it also seems like she has to work a lot harder. Her wrestling style wasn’t that good, hence she was put aside Charlotte Flair to improve her out. She did try to do a better job but could not reach the requirements. It is a possibility that that she would leave wrestling permanently or will go to indies and would do things more efficiently.

People who create their own opportunities, Zack will be one of them. He was not getting any poplar on WWE, is when he started on You Tube and became the creator of True Long Island Story, a type of series that would display the character of Zack and his personality. Fans loved him from his videos and it was then, when WWE started featuring him more. Moments are quite slim for Ryder regardless of how good he performs.

Rusev has been bestowed with WWE United States Champion many times. Everyone took a notice of him when he used to wrestle and of course everybody has set their eyes on Lana when she used to arrive in the arena. She being the hottest star of WWE superstars, much trouble was faced while booking her. They had the best combination of management and wrestling style, but WWE restricted to use them together. WWE would not want to lose them as they are much valuable to them. However, the refusal to see them together seems a bit shady which the indies would provide freedom in another case. 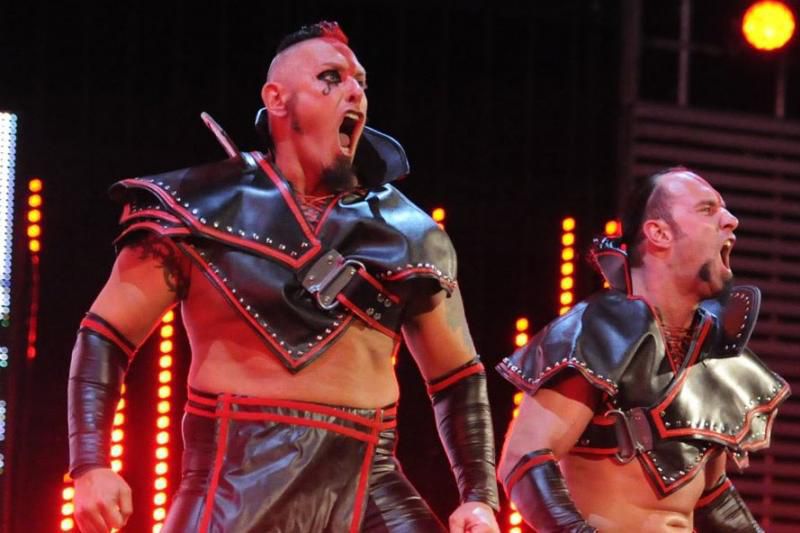 Victor and Konner became the longest reigning champions on WWE NXT for a brand. They had such impressive matches and characters that led them towards success. They are now relegated to Smack Down and it seems to be very heart wrecking that from being amazing they have gone to the level of being nothing special. They are not getting enough chances to prove themselves worthy at WWE but if they try tag divisions at indies they would be loved by their fans and could prove themselves efficiently. 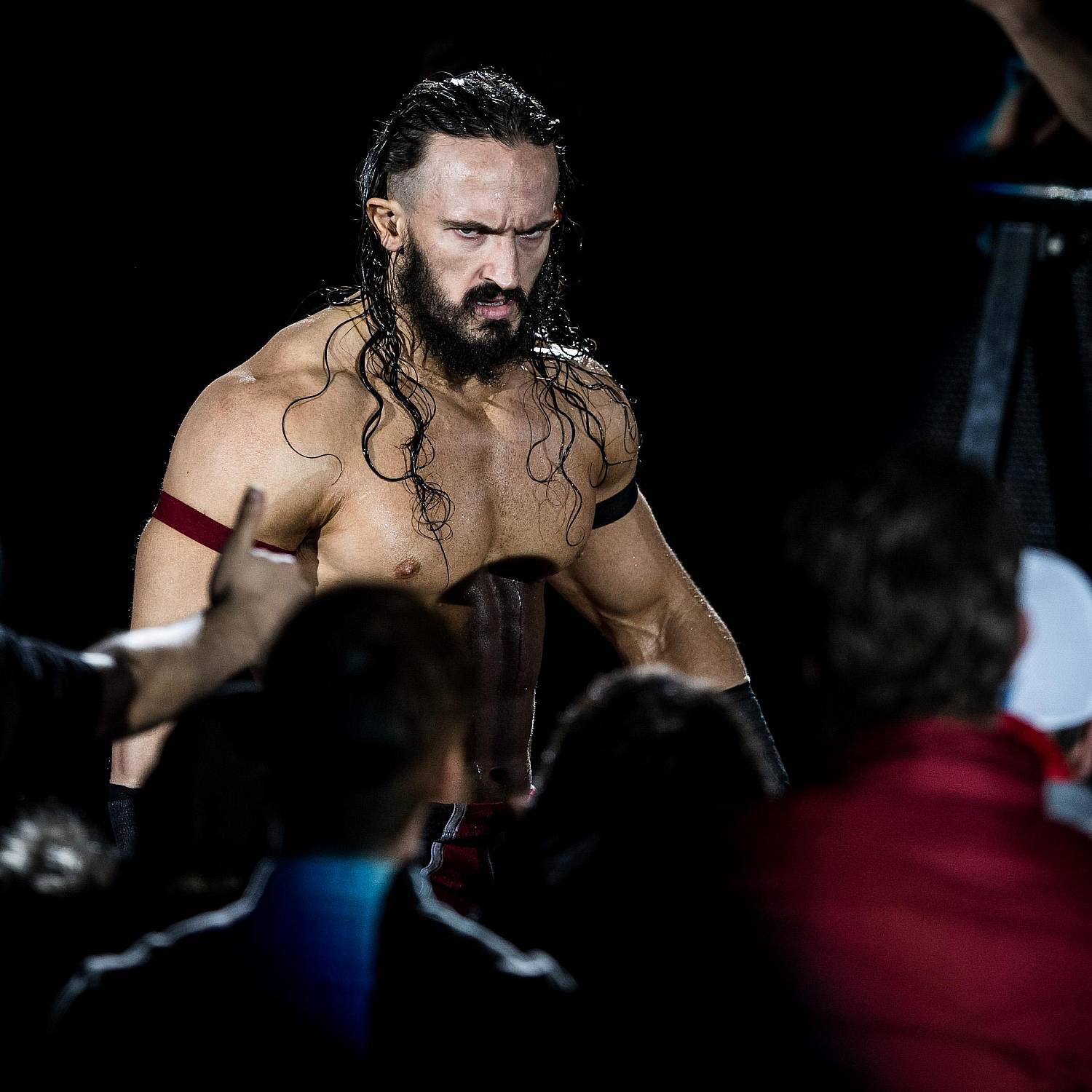 Neville has been on hot news due to his statement for WWE, that they are not letting his character go in a right direction and he wants to let go. WWE took his and Austin Aries match from the DVD, Wrestle Mania 33, which costed him and Aries the spot which they had to pay for. WWE would never want to fire Neville for any reason but if he refuses to work for the, they would probably cut him. Neville became the star even before he arrived at WWE.

????The world was on fire and no one could save me but you…strange what desire will make foolish people do..???? #WWE #RAW #205Live #TJP #CruiserGreat #FilAmFlash #ForeverChamp #NerdLife

He was the first ever WWE Cruiserweight Champion of this era. He mostly work against the guys who are much bigger than him, which technically doesn’t makes him a cruiserweight performer. WWE did the best thing to put him on NXT to show he was much worthy of such treatment. He has fallen back and seems like once everyone has to taste the bitterness of loosing something. A man needs some recognition in order to prove themselves in front of their fans. TJP needs to be let go if he is not paid enough for the talent he encompass.

What a great evening. I just want to thank @nylatinofilmfestival for having me at the premiere of #saturdaychurchmovie at #CinepolisChelsea. SATURDAY CHURCH tells the story of a shy 14-year-old Ulysses, who finds himself coping with new responsibilities as "man of the house" after the death of his father. Living alongside his mother, younger brother, and conservative aunt. Ulysses is also struggling with questions about his gender identity. He finds an escape by creating a world of fantasy filled with dance and music. Ulysses must find the courage to be who he truly is, all while risking losing those he cares about most. I had so much fun @thisiscalixto. Thank you again. #saturdaychurch #nylff #nylff2017 #nyc #BLOCKTHEHATE #thedoubtersmademedoit #MEVSME #theresroomforeveryoneatthefinishline #momshot ???? @rosser1961

Darren has faced a lot of problems at WWE and while winning the Tag title he has also potential as performing single in the ring. The problem is that he has got injured so many times that that has resulted in putting the titles on hold. He is one and only openly-gay character and talks about it freely and fan adore him a lot. WWE would love to have him in the ring but problem is, he gets hurt much often.

#tfw you don't have to fake it #sdlive

It is a confirmation that Dolph is unsure whether he will re-sign with WWE in coming year or not. It has a lot to do with his position in WWE but he can still cope up with the best. He has been art of it for much longer but now WWE wants to give new talent some chances. hence resulting in making his job out.

That face you make when you're about to clean 345. This equaled my PR from a few years back and was the highest I cleaned post rotator cuff surgery over a year ago. Failed at 350… still, I take 345! Also Form was ugly but getting better little by little (video provided to @hardnockssouth for verification) @mogyapp @progenex @onnit @romwod @getworkt @reebok @crossfitkrypton #BeTheBar

He ha a pretty good run when he arrived at WWE. HE became a multi time WWE Tag Team Champion and WWE United States Champion and this is all he has done. He made it possible that when Tyson got hurt, he could manage as a single performer. He has given many good matches but it seems like WWE do not want to give him much opportunities. He could easily go back to indies and get the opportunities of his life.

Went down to Tampa along with @sashabankswwe to show our brother @titusoneilwwe some support with #TBBF2017. Proud of this man and everything he is doing. Thanks for having us my dude! #Worldwide ????????

He has been almost useless since coming to WWE. He first got at WWE NXT, where he could be on top pretty quick. Apollo Crews has been practically useless since coming to WWE. Vince McMahon like him a lot and wanted him reach upper ranks quite quicker, which Triple H gave in to. He first arrived to WWE NXT, where he would shine pretty quick. Apollo would have hit the main roster after Wrestle Mania 32. Putting him already on main roster seems a bit query! HE might at least get some time to prove something but he basically zip.

He has not been cleared by WWE because every neurologist in America is the one reason. The reason is a scan that scared him and WWE, as they are going through a concussion lawsuit, thus forcing him to retire even before his contract ends. Later he found out that the scan was nothing to worry about but WWE would not let him in, not because of health problems but business issues.

Liked this? Read this also: If These 2 Lines On Your Palm Match Up, It Means Something Extraordinary For You

The post Here Are 15 WWE Superstars Who Really Need To Be Fired Before 2018 appeared first on Born Realist.

IcetruckOctober 31, 2017
Like story:
tweet
The 8 Best Ski Resorts in the World You Need to Try
Exercises You Need to Look Gorgeous When Naked