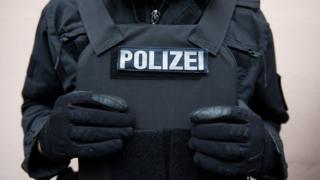 A 19-year-old Syrian man has been arrested in Germany on suspicion of planning a bomb attack.

The man, identified as Yamen A, is suspected to have "concretely prepared an Islamist-motivated attack using very powerful explosives", police said.

Several apartments were searched in the town of Schwerin, in north-eastern Germany, where he was arrested.

Germany has been on high alert since December 2016 when 12 people died in a lorry attack in Berlin.

Police say the suspect had made a decision "no later than July 2017 to explode a bomb in Germany with the aim of killing and wounding as many people as possible".

He began to acquire the chemical products and materials necessary to build a bomb, they said, but it was not clear whether he had a target in mind.

It is not known whether he has any links to terror organisations, police said on Tuesday.