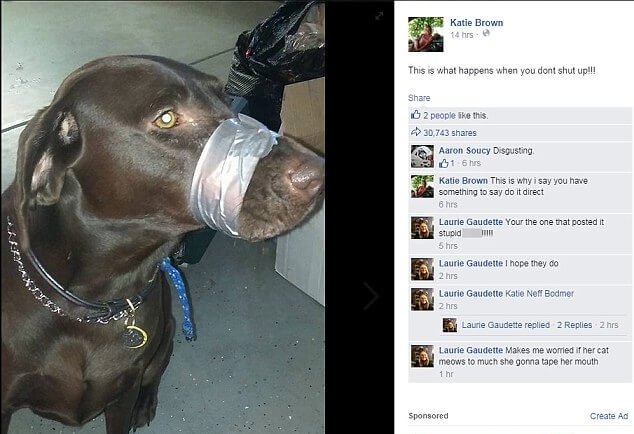 Before you post something on social media, think twice before posting it. You might not get the type of response you expect to receive. Katherine Lemansky, also goes by Katie Brown on her Facebook profile thought she would receive more positive response when she posted the photo of her dog on social media. She receive a well wake up call from the response she got after posting a picture.

She shared a photo of her dog with his mouth duct taped in order to shut him up. The image went viral and she was even found guilty of the crime at North Carolina courtroom.

The judge ordered one year of supervised probation for Katie Brown but in the end suspended the sentence. There were mixed reviews regarding the act, some thought the case shouldn’t have been brought to the court in first place and some thought that the punishment was too little as compared to the heinous act and other felt that it was a step taken towards implementing the law against animal cruelty.

Katherine Lemansky’s case is not the only case but Kimberly Ann Howell also did similar kind of act and tapped the dog’s muzzle shut and took it as a joke. A sentence was also passed for Kimberly of animal cruelty in North Carolina.

Kimberly’s act was much cruel as it left permanent scar on poor dog’s face as she suffered her muzzle being shut for straight 48 hours. The case against dog’s former owner Kimberly is still pending. 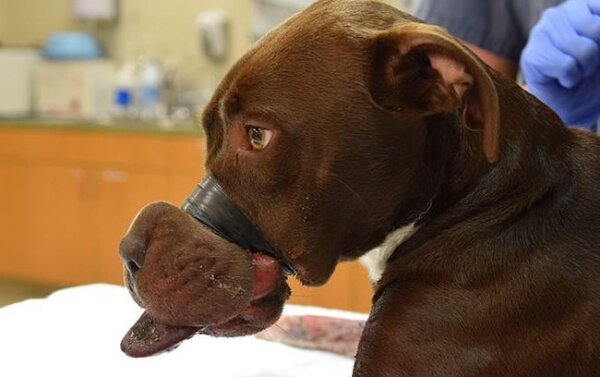 Katherine’s case determined that her photo came from North Carolina as a three state investigation was carried out. Animal control supervisor Shelly Smith started her investigation from there. When Katherine was questioned about the photo by the supervisor she concluded that “it was just a joke” and the photo was meant to be shown to her son only. This seems to be purely an excuse as her Facebook profile is public and it clearly stated in the caption that, “This is what happens when you don’t shut up!!!” In the photo she posted again she said, “Don’t panic everyone it was only for a minute but [the dog] hasn’t barked since… POINT MADE!!! But it seems like the poor dog went through severe trauma. 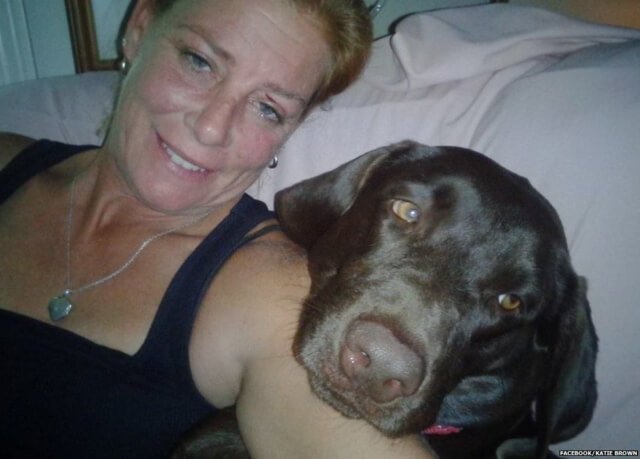 Despite the fact that Katherine was trying harder to cover up the deed the animal welfare and authorities weren’t ready to let go off the case. Supervisor did made a visit after the incident but found the dog in high spirits with no signs of injury.

Nevertheless, the supervisor came to the conclusion that even if the dog’s mouth was tapped for few seconds the case should move forward as scheduled. 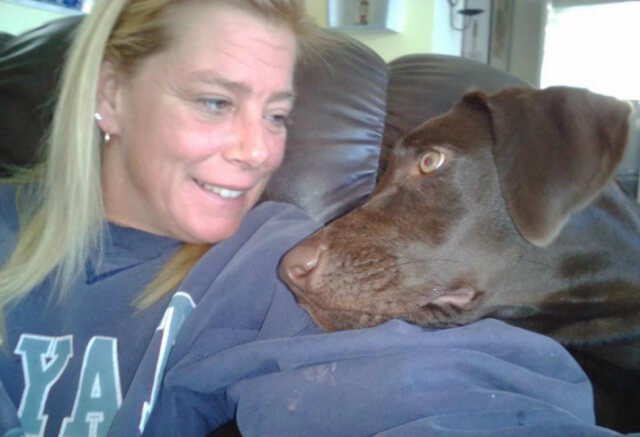 During the proceedings of the court, though there were no signs of injury found on dog but Katherine committed a crime of cruelty and she had to pay the court fees for her crime. A lesson well taught from this costly mistake she made.

The post A Woman Duct Taped Dog’s Muzzle Shut, Convicted Of Animal Cruelty and Gets No Jail Time appeared first on Born Realist.

IcetruckNovember 1, 2017
Like story:
tweet
22 Photos That Show Our Grandparents Were Cooler Than Us
8 Pubic Hair Myths You Need To Stop Believing