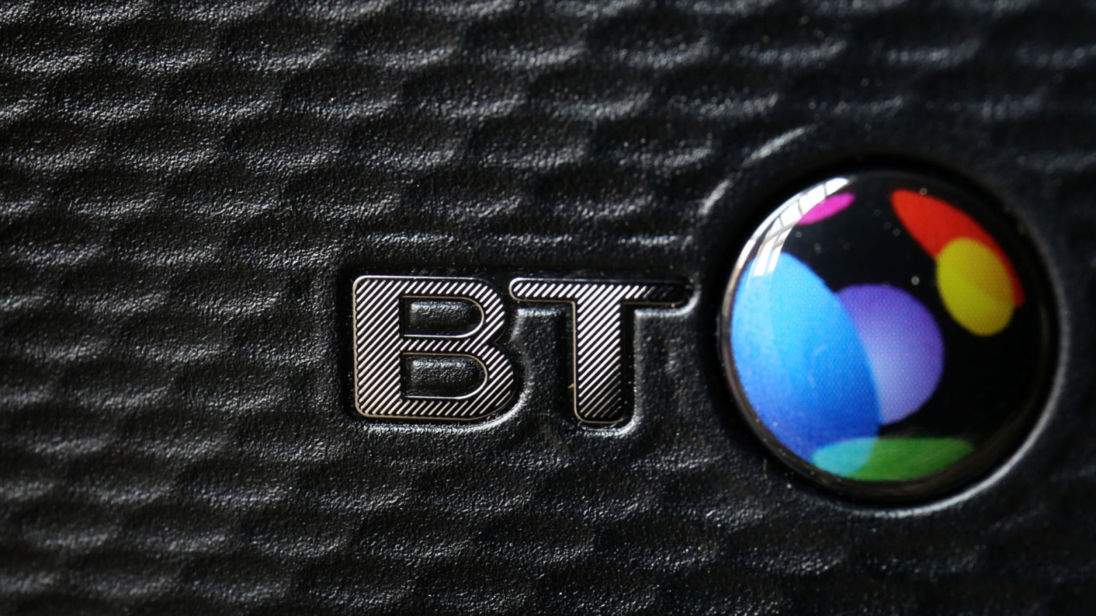 BT has reported a fall in second-quarter profits as it counted the cost of its investment in sports rights and ongoing problems in its troubled global services arm.

The telecoms giant said pre-tax profits for the three months to the end of September slipped by 1% to £666m, while underlying revenues fell 1.5%.

It said earnings took a hit from its investment in sports rights and customer experience, as well as higher pension costs and business rates. Shares fell 2.6%.

BT – which is a rival to Sky, the owner of Sky News – screens Champions League and some Premier League football matches.

The company, which completed the £12.5bn takeover of mobile operator EE last year, said it added 279,000 contract customers and lost 260,000 in pre-paid, the latter in line with industry trends.

It said its number of broadband customers had risen to 20.5 million.

BT's global services arm recorded a £34m loss for the period as it wrote down the value of "certain projects" and the division, which serves corporate customers, saw underlying revenues dip 11%.

The unit has been hit by the impact of an accounting scandal in its Italian operations, disclosed earlier this year, that resulted in a £530m write-down and a major share price fall.

BT spent another £6m investigating the episode in the first half.

The second quarter results left BT's profit for the first half 22% lower at £1.08bn following a 42% slump in the first quarter caused by the scandal.

They come a day after Sky News revealed that thousands of BT employees will be told later this month of proposed cuts to their pension benefits as it wrestles with a multibillion-pound pension deficit.

The group confirmed that it was to consult with employees shortly over changes to its pension scheme but that this was still under review.

Chief executive Gavin Patterson said: "Our first-half results are in line with our expectations as encouraging results in our consumer-facing lines of business, notably EE, helped offset ongoing challenges in our enterprise divisions, in particular global services.

"Given our underlying business performance, we are maintaining our outlook for the year."