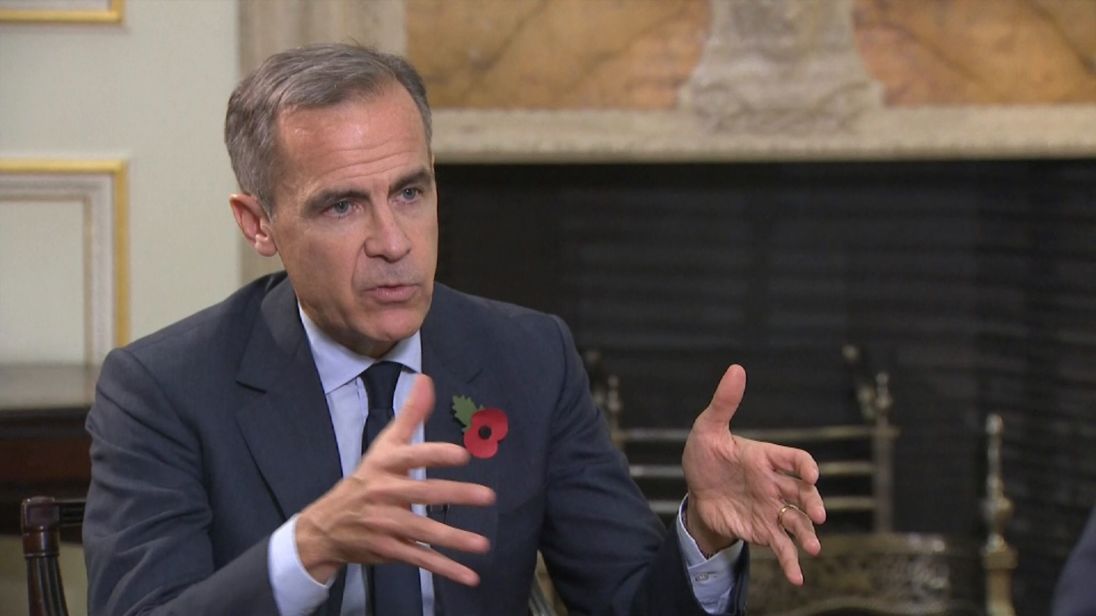 So it begins. The UK has finally embarked on the long road towards normal interest rates.

Or has it? While today's Bank of England decision to raise interest rates to 0.5% is certainly significant – the first such moment in a decade – it is worth remembering that we are still a long way from "normal".

Normally, the monetary policy committee (MPC) raises interest rates because the economy is growing strongly. It lifts them because inflation is on the rise and because higher borrowing costs are the main thing to bring that growth under control.

:: What an interest rate rise means for you

But the Bank's explanation today was a little less exuberant.

For one thing, it believes that inflation has already peaked (well, it thinks it peaked in October, but the figures won't confirm that until we see them in a couple of weeks). For another, it actually cut its growth forecast for next year ever so slightly – though it did raise the projection a bit for this year.

In fact, according to Bank insiders the changes in today's inflation forecast – the Bank's quarterly opportunity to examine the UK economy – were smaller than they usually are.

So what has changed? Why has the Bank actually raised rates?

The explanation is a little murky. Partly it's down to stronger growth worldwide, which would, all else equal, push up imported inflation and growth in the coming years.

Partly it's because it thinks the UK's ability to generate non-inflationary growth has diminished in recent years. It now believes the UK cannot grow at a rate of more than 1.5% without generating inflation. And it thinks domestic inflation, and wages, are about to pick up.

As you might have realised, those latter two judgements are very much more art than science. In short, while there are plenty of arguments to raise rates, there is nothing in the inflation report that would qualify as a slam dunk.

Then again, it's worth remembering where we are. For the entirety of modern history before 2009, the official Bank rate had never dropped beneath 2%.

Even after today's rise it will still be well below that, at a level which by almost every measure is extremely stimulatory for the economy. Even if the Bank went beyond what investors expected and raised rates another five times in the next few years, they would still remain below that previous historical low.

So we are still a long way from monetary normality – and we'll stay there for some time.

How much of this is down to Brexit? The Bank is a bit vague on that. My sense is that the majority of these trends – weakening productivity, low growth and the 21st century equivalent of stagflation – far pre-date the referendum. But the Bank thinks the uncertainty over our relationship with the EU has not helped matters.

Finally, what does this mean for the rest of us?

In short, that very much depends on your situation. If you have a large mortgage on a floating rate, then you will feel the strain pretty much instantly.

Your mortgage rate will be lifted in line with official rates, and your monthly payments will go up. If, on the other hand, you have a fixed rate mortgage, you won't notice the difference until the next time you come to renew your contract, when your monthly payments might be a touch more expensive.

If you have no debt and lots of savings, your interest rate may go up, so it's good news.

That being said, as I wrote in a preview piece ahead of the decision, while every household is different, step back and look across the country as a whole and there's a lot of evidence to suggest the immediate impact of a rate hike won't be as painful as it's been in the past.

A record number of people have fixed their mortgage. The overall stock of household debt is also far lower than in previous rate hike cycles. And crucially, according to the Bank's own analysis, "it would probably take a further rise of around 1.5 percentage points before (the proportion of households with a high debt servicing ratio) returned to its pre-crisis average".

In other words, while some households will undoubtedly struggle, the country as a whole is well prepared for higher interest rates.

And perhaps that's the most plausible argument for hiking rates. There is only so long you want to stay in the twilight zone of zero-percent borrowing costs.

If there is a crisis in the coming years, the Bank may well need room to cut them all over again.

So if not now, then when?