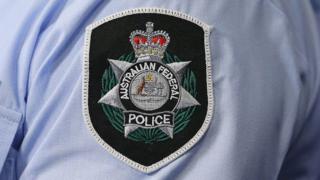 Four men and a teenager have been jailed in Australia over a plot to carry out a terror attack in Sydney.

The plot had included discussions about targeting an Australian Federal Police building in Sydney and a jail in nearby Lithgow, a court heard.

The ringleader, Sulayman Khalid, was described as a "devout terrorist" by a judge who sentenced him to a maximum of 22 years and six months in jail.

The Supreme Court of NSW heard that some of those involved in the plot had acquired weapons and ammunition.

Three of the accused – Khalid, 22, Jibryl Almaouie, 24, and a boy, 17, who cannot be named – had pleaded guilty to conspiring to commit a terrorist attack.

Two other men – Mohamed Almaouie, 22, and Farhad Said, 25 – had admitted a lesser charge of knowingly making a document likely to facilitate a terrorist act.

Justice Geoffrey Bellew said Khalid co-ordinated "many aspects" of the plot over a six-week period.

"He was corrupted by a dangerous, violent and perverted ideology, to which he unequivocally subscribed, which he wore as a badge of honour, but which has no place in any civilised society," Justice Geoffrey Bellew said on Friday.

The four others were given maximum jail sentences of between nine and 18 years.