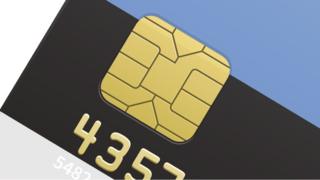 Estonia is to block thousands of citizens from accessing online government services from Saturday while it works to fix a security flaw.

A problem with the country's national identity cards was identified earlier this year, affecting 760,000 people.

Those who have not had their cards updated with new security certificates will no longer be able to use them to access some services from midnight.

But security researchers found the encryption used in the ID cards was easily cracked which could, if exploited, let attackers impersonate people.

"As far as we currently know, there has been no instances of e-identity theft, but the threat assessment of the Police and Border Guard Board and the Information System Authority indicates that this threat has become real," said the country's Prime Minister Juri Ratas.

From midnight, only cards that have been updated will continue to work online.

Some citizens had complained that updating their ID card had taken a long time, with the online service often overloaded.

From Monday, the system will be opened back up to everybody. All cards must be updated by March 2018.

"The functioning of an e-state is based on trust and the state cannot afford identity theft happening to the owner of an Estonian ID card," said Mr Ratas.