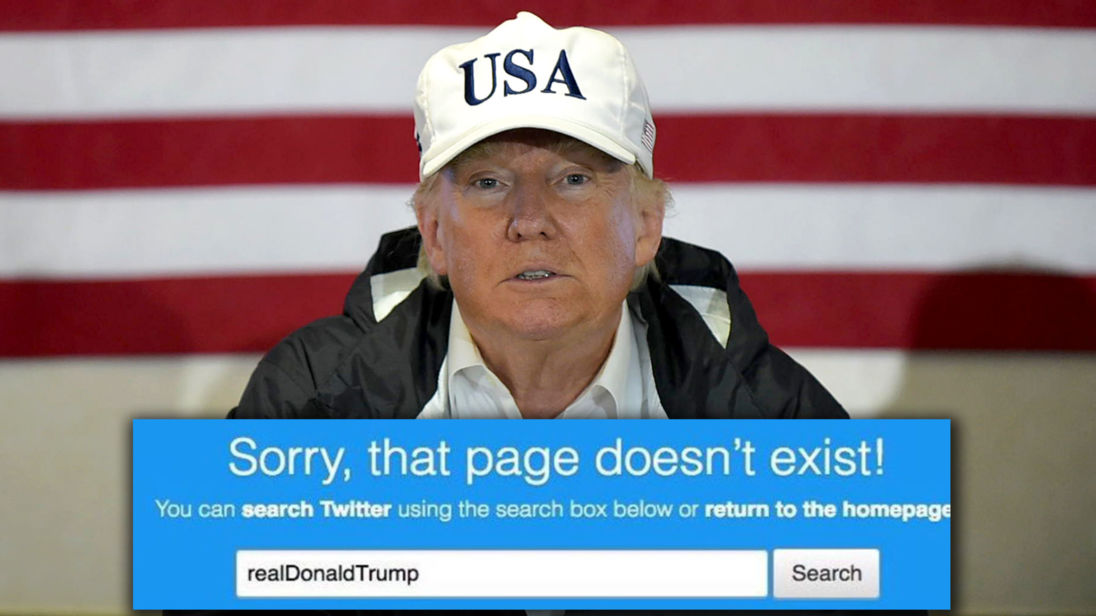 Twitter blamed a customer-support employee "who did this on the employee's last day".

The internet was seized by a brief spell of panic just before 11pm on Thursday, when the US President's account disappeared suddenly and without explanation.

Mr Trump has 41.7 million followers on Twitter and makes extensive use of it for everything from promoting his policies to attacking his opponents.

While the account was down, a search for @realDonaldTrump returned only a blue background and the line "sorry that page does not exist".

But before long the President's account returned, without fanfare and as mysteriously it had disappeared.

Its explanation was soon changed, however, with a second tweet announcing the deactivation had been carried out "by a Twitter customer-support employee who did this on the employee's last day".

Others, however, judged the deletion an affront to the principles of free speech, or expressed concern that a customer-service employee was apparently able to delete whole accounts at their whim.

In the hours following his short departure The President tweeted zealously about a tax cut roll out, alleged violations of campaign finance laws and James Comey's leadership, as well as promoting an interview with Fox News.