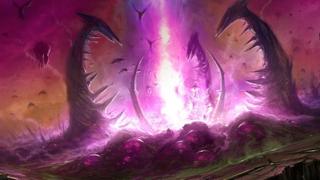 Computers may be able to beat humans at Chess and Go but they are a poor second when it comes to video game StarCraft.

One of the world's best human players trounced AI-controlled opponents 4-0 in a StarCraft tournament this week.

Social media giant Facebook was behind one of the robotic opponents that took on South Korean StarCraft ace Song Byung-gu.

The complexity of video games has led many AI researchers to create programs that can play them.

Sejong University in Seoul hosted the StarCraft tournament and this year was the first in which the AI-controlled programs, known as bots, played against a human opponent. Before now the bots only played each other.

There are several other tournaments based around StarCraft and bots and most just let the computers play each other. One did feature a top StarCraft player who also beat every bot.

StarCraft is a game involving a three-way conflict between humans, the insectoid Zerg and the strange Protoss aliens. Playing involves building a base to gather resources that help make combat units that are used to seek out and destroy opponents.

The complexity of StarCraft and the demands it places on players to plan and adapt strategy as well as act quickly have drawn attention from AI researchers.

As well as Facebook, bots for the StarCraft tournament were made by AI researchers in Norway, Australia and South Korea.

The bots did not pose much of a challenge for Mr Song, who took a total of 27 minutes to defeat all four. The longest match lasted over 10 minutes and the shortest just four and a half, reports the Technology Review.

Mr Song overcame the bots even though they could act much more swiftly than any human could. Top StarCraft players can make up to 600 actions per minute as they gather resources, explore the game map and fight opponents.

By contrast, the Norwegian bot in the contest carried out 19,000 actions per minute.

After the matches were over, Mr Song said some of the ways the bots reacted to his actions were "stunning" but said their overly cautious strategy was their undoing.

AI-controlled opponents look set to get more challenging, as earlier this year Blizzard released tools that let people make bots that can play StarCraft II. The research team behind Google's DeepMind have declared their intention to take this game on.

Other groups have taken on other games. One bot created by the non-profit OpenAI research group has managed to defeat top players of Steam's Dota 2 arena battle game. Its capabilities were shown off during the global tournament for Dota 2, The International, over the summer.

Also, a team at the Massachusetts Institute of Technology has created a bot that plays Super Smash Bros, Melee.