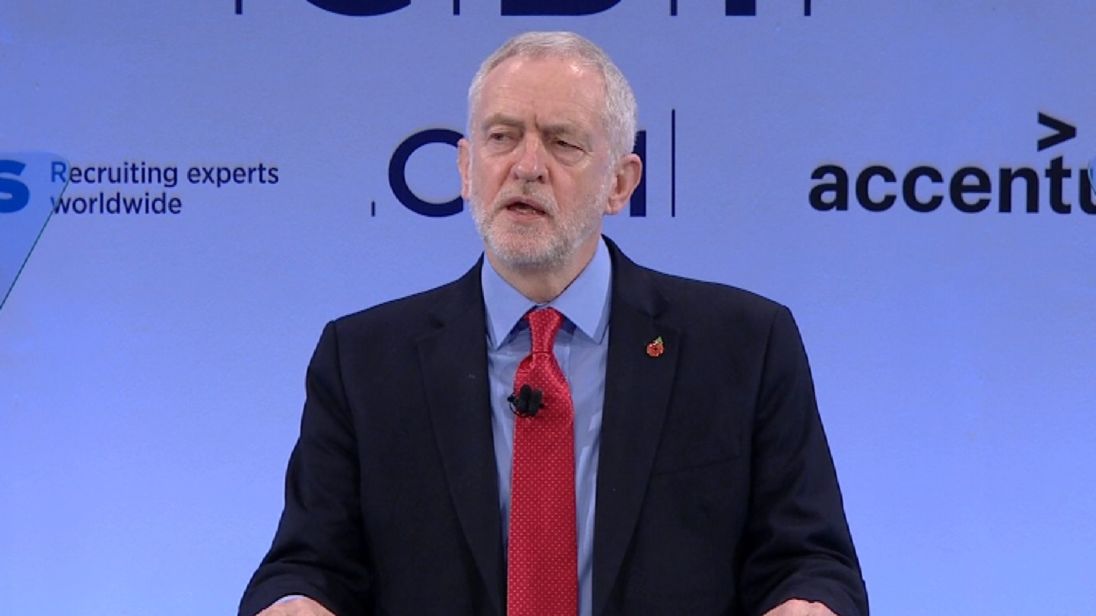 Jeremy Corbyn has suggested the Queen should apologise if her private estate invested £10m offshore to avoid paying tax in Britain.

The Labour leader pledged to "come down hard" on tax avoiding companies and individuals after the "Paradise Papers" leak shone a spotlight on the financial affairs of the super-rich – including the monarch.

He said anyone involved in the "shocking" leak should say sorry if they invested offshore to avoid tax – and also "recognise what it does to our society".

Mr Corbyn was speaking after his colleague – shadow chancellor John McDonnell – said Theresa May has "questions to answer" amid reports that Tory donor Lord Ashcroft continued to avoid tax in the UK after it was believed he had given up his non-dom status.

The leaked documents suggest Lord Ashcroft, who has given millions to the Tories, had a previously unknown offshore trust which at one point was worth over £300m.

Reports based on the documents also suggest the former Conservative Party treasurer retained non-domiciled tax status in Belize at a time when it was generally thought he had given up the status.

In a statement, Lord Ashcroft denied involvement in any appropriate action and said he had complied with the new residency rules introduced in 2010.

The investigation of around 13.4 million files – by The Guardian, the BBC, Suddeutsche Zeitung and other media outlets – details the financial dealings of the rich and powerful, some 18 months after the disclosure of the Panama Papers sent shockwaves through the world of business.

Asked about the monarch at the CBI conference, Mr Corbyn said: "Well anyone that is putting money into tax havens in order to avoid taxation in Britain, and obviously investigations have to take place, should do two things – not just apologise for it but also recognise what it does to our society."

"Because if the very wealthy person wants to avoid taxation in Britain and therefore put money into a tax haven somewhere, who loses? Schools, hospitals, housing, all those public services lose and the rest of the population have to
pay to cover up the deficit created by that.

Mr Corbyn's office later clarified that he was not calling for he Queen to personally say sorry.

The Labour leader also called for a public inquiry into tax avoidance and evasion, an ownership register of companies and trusts, a new tax enforcement unit in HMRC and an end to public contracts for companies abusing the system.

He also warned Labour would look at using a withholding tax to punish individuals or companies involved in abusing the system.

The Labour leader added: "Please understand the public anger and consternation at the scale of tax avoidance revealed yet again today.

"We are talking about tens of billions that are effectively being leached from our vital public services by a super-rich elite that holds the taxation system and the rest of us in contempt."

Lord Ashcroft's spokesman, Alan Kilkenny, told The Guardian that the peer had never engaged in tax evasion, abusive tax avoidance or tax avoidance using artificial structures, and that "any suggestion or implication that he has will be vigorously challenged".

Responding to the latest revelations, a government spokeswoman said: "Since 2010, the Government has secured an additional £160bn, more than the annual UK NHS budget, for our vital public services by tackling tax avoidance, evasion and non-compliance.

"This includes more than £2.8bn from those trying to hide money abroad to avoid paying what they owe. There are 26,000 HMRC staff tackling tax avoidance and evasion, and we have provided an extra £800m to fund their efforts.