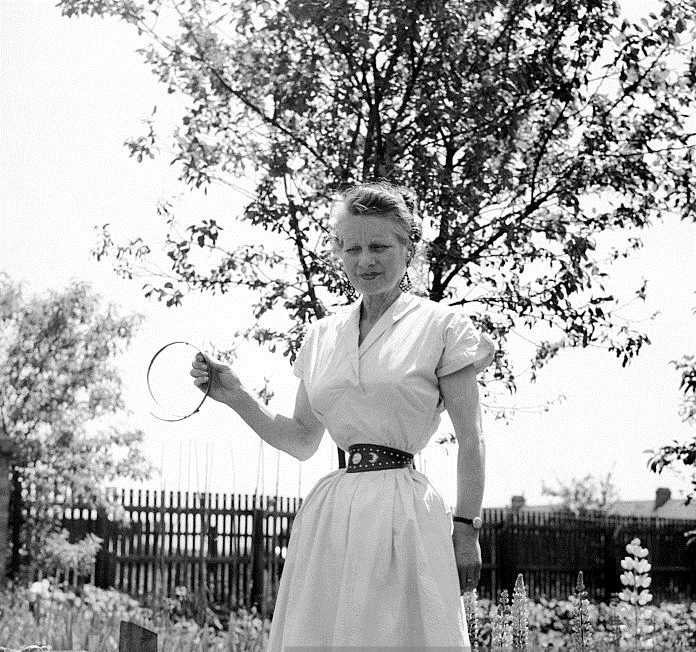 People have been known to do insane things in the name of love. Be it getting a new haircut your boyfriend will like or building the Taj Mahal for your dead wife, love forces us all out of our comfort zones and makes us do things we never imagined ourselves doing. History is loaded with stories of people making elaborate displays of love and making difficult journeys for the persons they love.

Here is an example of one of those grand gestures:

The woman with the tiniest waist:

Now Ethel Granger, born in Cambridgeshire in the early 1900s is no different. When she married her husband, an astronomer Willaim Arnold Granger, in 1928 we are sure she had no idea she would end up in the Guinness Book Of World Records.

Although corsets had evolved far from their uncomfortable predecessor by the 20th Century, as more women chose comfort over conforming to beauty standards, it happened to be that Mr Granger still took a huge fancy to them. His wife had a pretty thin waist of about 22 inches, to begin with, but he pushed her to start wearing a corset and to please her husband further she started wearing one regularly. He asked her to gradually make them tighter and tighter and wearing them for longer and longer periods.

She continued this for the duration of her ten-year marriage until her natural waist had reduced about ten inches in width and became a mere 13 inches. At this point, her name was added to the Guinness Book Of Records for having the tiniest waist in the world in 1939.

The things we do for love:

Ethel, however, did not stop modifying her body here. In addition to wearing extremely fitted corsets, she made numerous piercings on her face and body and completed her look with extremely high heeled shoes. She supposedly did all this for the love of her life and her husband, William, who kept pressurizing her to alter her body in the way he found attractive.

Ms Granger made huge irreversible sacrifices in the name of love until she passed away in 1982 at the age of 77. In 2011 Vogue Italia dedicated their cover to her. She is remembered as the woman with the tiniest waist in history.

This was the bitter-sweet story of a woman whose love for her husband and her desire to satisfy his fetishes took her to the point where it left her deformed. She not only challenged the boundaries for the transformation of a human body but also the extent of sacrifices one can make for love.

Liked This? Read This: 16 Reasons Why You Shouldn’t Be Trying To Get Him To Chase You

The post Woman With The Smallest Waist In The World Who Changed Her Body For Love appeared first on Born Realist.

IcetruckNovember 5, 2017
Like story:
tweet
Here’s How You Can Whiten Your Teeth Naturally With Only Three Ingredients
Man Who Hasn’t Shaved In Many Years Undergoes A Stunning Makeover To Please His Dear Wife