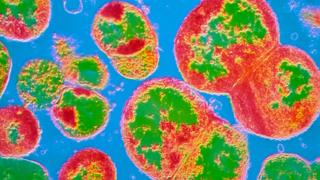 The number of cases of gonorrhoea in Australia has soared by 63% in the past five years, a new study has found.

Australian researchers say the rise in gonorrhoea diagnoses was led by an increase in infection in young heterosexual city dwellers.

However the reasons for the dramatic increase are unclear, researchers say.

Changes in sexual behaviour or a particular strain of the infection could be behind the rise, researchers told AAP.

Gonorrhoea can infect the genitals, rectum and throat, and is treatable with antibiotics.

"Up until recently, gonorrhoea had been uncommon in young heterosexual people living in major cities," said associate professor at the University of New South Wales, Rebecca Guy, one of the study's authors.

"Rising rates in this group highlight the need for initiatives to raise awareness among clinicians and young people about the importance of testing."

An annual report on Australia's sexual health was released by the university's Kirby Institute on Monday.

It found that other sexually transmissible infections (STIs), such as syphilis, had also increased, particularly among Indigenous Australians.

Meanwhile the number of HIV diagnoses remained steady for a fifth consecutive year at about 1,000 cases.

Chlamydia was the most common STI in Australia, with nearly 72,000 cases last year. Three quarters of the sufferers were aged 15-29.

Young people saw the biggest increase, with males aged between 25 and 29, and females aged 20 and 24 experiencing the steepest rises.

However the majority of cases still affect men.

The rate of infection among Aboriginal and Torres Strait Islander people were also almost seven times that of the non-Indigenous population.

Gonorrhoea has no symptoms in about 80% of women and 50% of men.

The World Health Organization warned earlier this year that the disease is rapidly developing resistance to antibiotics.

The disease is caused by the bacterium called Neisseria gonorrhoea.

Symptoms can include a thick green or yellow discharge from sexual organs, pain when urinating and bleeding between periods.

However, of those infected, about one in 10 heterosexual men and more than three-quarters of women, and gay men, have no easily recognisable symptoms.

Untreated infection can lead to infertility, pelvic inflammatory disease and can be passed on to a child during pregnancy.