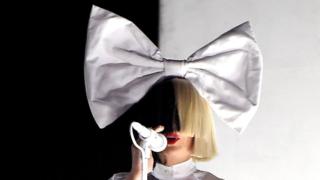 Sia takes on paparazzi by posting her own naked photo

Sia Furler has responded to an apparent attempt by paparazzi to sell naked pictures of her by posting one of them herself on Twitter.

The Australian singer-songwriter is known for being secretive about her life, including what she looks like.

She regularly hides her face under masks and wigs.

Sia tweeted a blurry photo of the back of a naked woman, accompanied by the words: "Save your money, here it is for free. Every day is Christmas!"

The picture has a watermark from a photo agency and a message saying there were an additional 14 photos of the singer.

Her mention of Christmas could be a deliberate reference to her festive album called Everyday is Christmas.

Sia has had a string of solo hits and has collaborated with the likes of David Guetta and The Weeknd.

She is also one of the world's most successful songwriters, having written for Rihanna, Beyonce, Katy Perry and Adele.