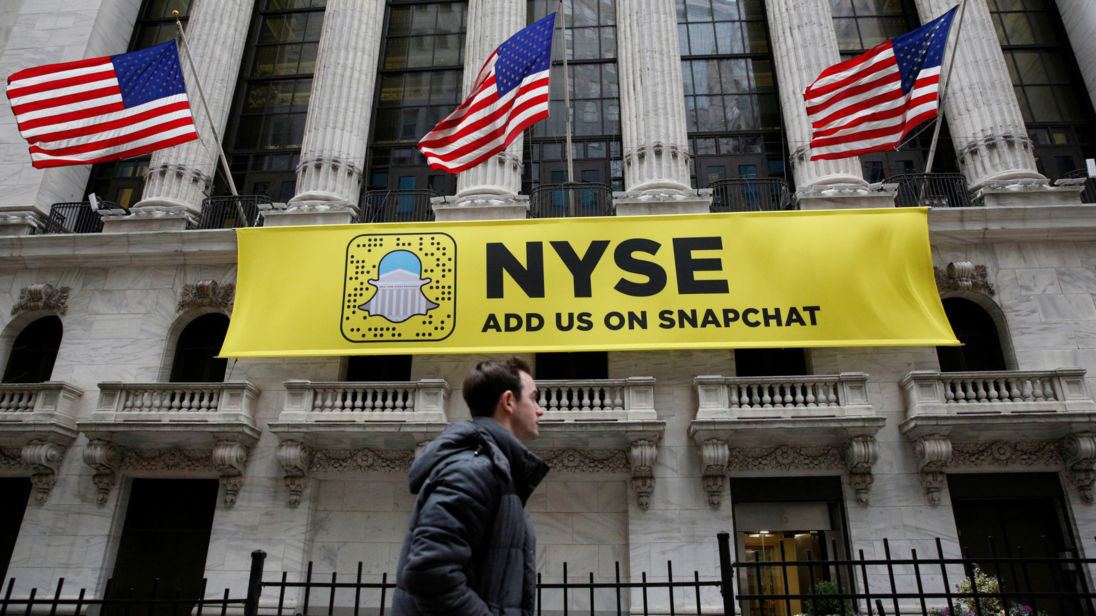 Shares in Snapchat owner Snap have plunged after it missed revenue and user targets, warned of a disruptive redesign, and took a $40m charge on unsold Spectacle video-camera glasses.

The stock slumped by around 20% in after-hours trading as Wall Street digested the company's latest earnings report, which also showed quarterly losses more than trebling to more than $400m.

However, the shares were just 2% lower in pre-market trade on Wednesday following confirmation from Snap, in a regulatory filing, that Chinese tech firm Tencent had a 12% holding in its stock.

Chief executive Evan Spiegel said Snapchat, known for messages that disappear within seconds or hours, was launching a redesign on concerns that it could be hard to use.

He said: "We are going to make it easier to discover the vast quantity of content on our platform that goes undiscovered or unseen every day."

Mr Spiegel said there was a "strong likelihood" that this could be disruptive in the short-term but that it was willing to take the risk for long-term gain.

In addition, Snap said it had misjudged demand for its spectacles – smart glasses designed for recording video for Snapchat – and now had more products than it was likely to be able to sell.

Results for the third quarter to the end of September showed Snap's losses widened to $443m compared to $124m in the same period last year.

The number of daily active users grew to 178 million, 25.2 million up on a year ago but only 4.5 million more than in the second quarter of 2017. Analysts had expected users to reach 182 million.

Instagram said in September that it had 500 million users.

It was the third set of earnings figures from Snap since it floated in New York earlier this year with a $3.4bn valuation.

Investors' view of the company has since turned sour. Even prior to the latest earnings release the shares were already 39% down on their value at the end of their first day of trading in March.