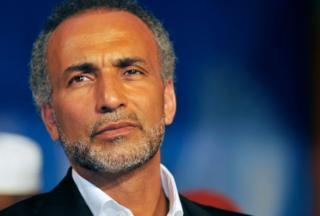 He is under investigation in France over two allegations of rape.

He has also been accused by four Swiss women of making sexual advances towards them while they were students in Geneva. He denies all the allegations.

The decision was mutually agreed and implied no presumption of guilt, the university said in a statement.

"By mutual agreement, and with immediate effect, Tariq Ramadan, Professor of Contemporary Islamic Studies, has taken a leave of absence from the University of Oxford," the statement said.

The university went on to acknowledge that the accusations against the professor had caused "heightened and understandable distress".

"An agreed leave of absence implies no presumption or acceptance of guilt and allows Professor Ramadan to address the extremely serious allegations made against him, all of which he categorically denies," it said.

One of Mr Ramadan's accusers, Henda Ayari, told French media that he assaulted her in a Paris hotel in 2012, saying he "literally pounced on me like a wild animal" and she thought she "was going to die".

A second accuser, a disabled woman who has remained anonymous, said Mr Ramadan beat her and raped her multiple times in a hotel in Lyon in 2009.

In a Facebook post, Mr Ramadan denied the accusations, calling them "a campaign of lies", and said his lawyer was suing the women for "slander".

Investigators in France are looking into the women's allegations jointly as part of a preliminary probe for rape, sexual assault, violence and death threats, French media reported.

Mr Ramadan, 55, continued to teach at Oxford following the accusations, which Ms Ayari said she was emboldened to make after similar allegations against film mogul Harvey Weinstein.

He said he welcomed the statement from Oxford University, which he said "defended the principle of the presumption of innocence without minimising the seriousness of the allegations against me".

Oxford's Middle East Centre initially said they intended for Mr Ramadan to continue in his role, after a meeting of its staff, the university's student newspaper Cherwell reported.

Students were reportedly told they could ask a faculty member to be present at any meetings with the professor.

The provocative magazine, whose staff was fatally attacked by terrorists in 2015 after publishing cartoons of the Prophet Mohammed, said it had filed a legal complaint over the threats.