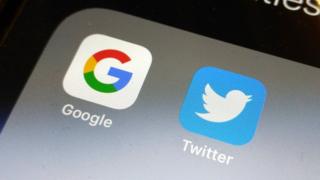 Google says it is "not happy" that its search results displayed false information about Texas gunman Devin Patrick Kelley, who killed 26 people.

The search engine displayed a carousel of posts "popular on Twitter" that contained false stories that Kelley was a Muslim and a left-wing extremist.

Google's Danny Sullivan said the tweets were promoted by the site's "ranking algorithm", which would be improved.

"We want to get this right," he said on Twitter.

Google was criticised in October after the Top Stories section of its search results contained fake news about the Las Vegas shooting.

Mr Sullivan, who is Google's public liaison for search, said changes to the site's algorithms had prevented the same situation happening with the Texas shooting.

"We took deserved criticism after our Top Stories section carried misleading information after the Las Vegas shooting," he wrote.

However, this time it displayed false tweets in its search results suggesting Kelley was a member of a pro-Bernie Sanders group, that he had converted to Islam and that he was a "radical alt-left" activist.

Mr Sullivan said the false tweets appeared for only a "short time" and they were displayed below legitimate search results.

He promised the feature would be improved over time.

Bottom line: we want to show authoritative information. Much internal talk yesterday on how to improve tweets in search; more will happen.

But some people criticised Google for keeping the function on its search results before it was fixed.