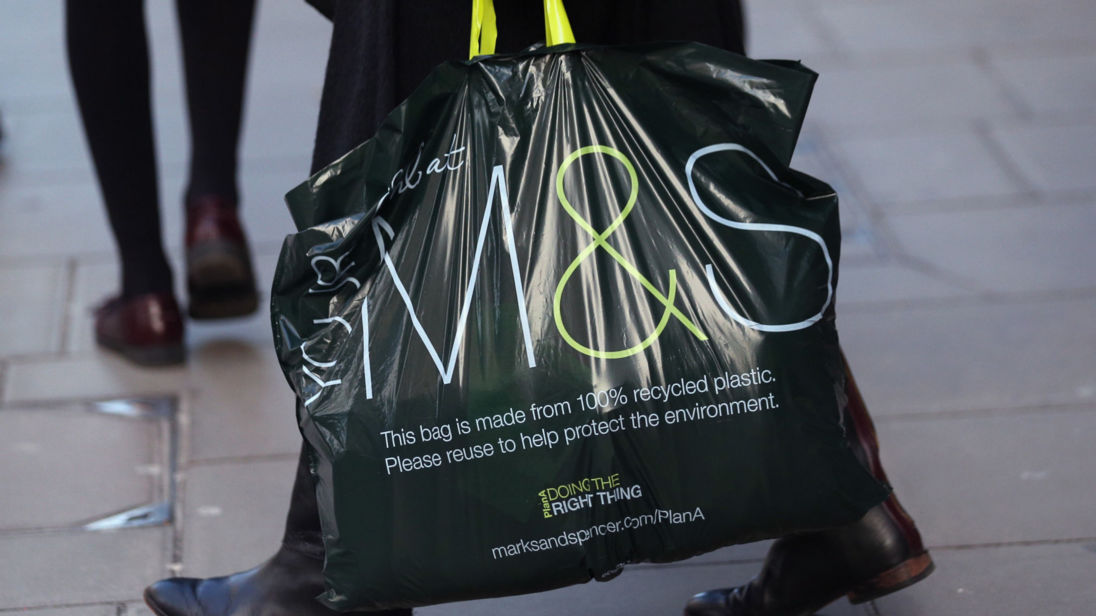 Marks and Spencer has signalled it is to accelerate store closures as it bids to make "significant" cost savings and "reshape" the business.

The chain said it was stepping up its transformation efforts across M&S in a bid to return the company to its former glory as the darling of UK retail, with priority placed on a digital-first approach.

Shares in the FTSE 100 retailer were volatile in response to the news – contained within its half-year results.

It opened more than 4% higher before going into reverse on the admission that trading had been "difficult" in October, but fought back to end the session 1.6% ahead.

Underlying trading profits in the six months to 30 September were 5.3% down.

M&S reported a fall in like-for-like sales in its traditionally strong food division and also its clothing and home operation – with sales coming in 0.1% down and 0.7% lower respectively.

It said its food side had seen tougher competition and damage to profit margins from the Brexit-hit pound, with total revenue growth of 4.4% driven by 24 new food store openings.

It said its embattled clothing arm, which has dragged on its financial performance for years, had done better in the second quarter thanks to a focus on improved products at lower prices.

Nevertheless, it announced plans to shut more clothing stores in areas where they were less profitable.

M&S did not give any details but signalled that any job losses would be minimal as its first 30 UK clothing store closures, announced a year ago as part of chief executive Steve Rowe's drive to bolster profitability, had seen staff affected mostly being redeployed.

Mr Rowe said on Wednesday: "We have made good progress in remedying the immediate and burning issues at M&S I outlined last year."

He added: "The business still has many structural issues to tackle as we embark on the next five years of our transformation, in the context of a very challenging retail and consumer environment.

"Today we are accelerating our plans to build a business with sustainable, profitable growth, making M&S special again."

M&S said that while it would slow openings of new food-only stores, it still planned to launch another 80 Simply Food shops over the current financial year.

It also confirmed a story by Sky News on Tuesday that finance chief Helen Weir was leaving the business to pursue what it called a "plural career".

Laith Khalaf, senior analyst at Hargreaves Lansdown, said of the company's update: "This is not a pretty set of results for M&S, which has seen its turnaround plan undermined by changing consumer shopping habits and a weaker pound.

"While the retailer can't carry the can for the knock-on effects of the Brexit vote, the prioritisation of online sales can only be seen as a pretty late arrival at the party."