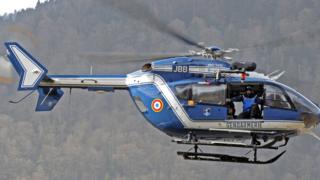 French woman faked kidnap to be with lover

A woman who pretended to have been kidnapped so she could see her lover has been given a six-month suspended jail sentence by a French court.

Sandy Gaillard, 25, an activist with the far-right National Front, sparked a huge search involving 50 soldiers and a helicopter, the court heard.

She was separated from her husband and living with a boyfriend but came up with the scheme to see a third man.

Gaillard's boyfriend alerted police in July when she sent him a text saying she was being held captive in the boot of a black car, the court in the southern town of Mende heard.

Following a 24-hour search she turned up showing no signs of any trauma and claimed that her abductors had simply decided to free her.

Her story contained further inconsistencies and the authorities grew suspicious. Under police questioning she admitted she had made the story up in order to spend a romantic break with her lover in Le Puy-en-Velay, the court heard.

She said her new lover had not been involved in the ruse.

IcetruckNovember 9, 2017
Like story:
tweet
There’s a new ‘Star Wars’ trilogy on the way
Why isn’t the UK just getting on with Brexit?