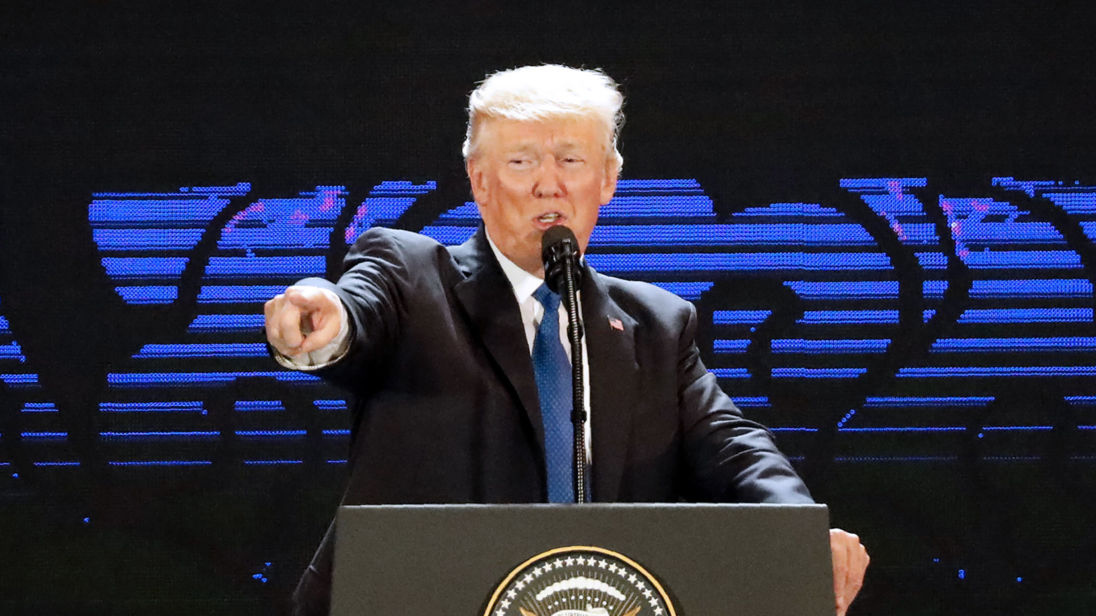 Donald Trump hit out at "chronic trade abuses" as he warned world leaders he will not let the US "be taken advantage of anymore".

During a speech at the Asia-Pacific Economic Cooperation (APEC) summit, the President urged foreign leaders to approach trade relationships with the US "in the principles of fairness and reciprocity" and "follow the rules just like we do".

Mr Trump also attacked the World Trade Organisation, which sets global trade rules, for failing to clamp down on alleged abuses such as currency manipulation, product dumping and government subsidisation of goods.

He added: "We expect that markets will be open to an equal degree on both sides and that private industry not government planners will direct investment.

"Unfortunately, for too long, and in too many places the opposite has happened."

In his blunt address – a marked change from his friendly overtures in China on Thursday – Mr Trump warned the neglect of World Trade Organisation rules "hurt many people" in the US.

He added America would "no longer turn a blind eye to violations, cheating or economic aggression", and threatened: "We will no longer tolerate the audacious theft of intellectual property."

The President did not single out China by name, but all of the allegations raised in his speech have been lodged against Beijing by the US in the past.

Mr Trump's speech in Vietnam came during an official tour of Asia, which had already included visits to Japan and South Korea.

The tour, which will conclude in the Philippines, has been dominated by the nuclear threat posed by North Korea.

Referring to tensions on the Korean peninsula, Mr Trump told APEC delegates that the region will not have lasting prosperity "if we do not confront grave threats to security, sovereignty and stability facing our world today".

And in an attack on North Korean leader Kim Jong Un, he said: "The future of this region and its beautiful people must not be held hostage to a dictator's twisted fantasies of violent conquest and nuclear blackmail."

Appearing at a business event in Beijing on Thursday, Mr Trump warned "time is quickly running out" to deal with Pyongyang's nuclear ambitions.

But in an attempt to ease tensions, US secretary of state Rex Tillerson said Washington had "two or three channels" open to communicate directly with Mr Kim.

He said: "As part of our ongoing diplomatic effort we are always ready to hear what he has to say diplomatically.

"Because I think eventually we're going to have one of those days where we're both going to say okay, maybe it's a good time to have that first conversation."