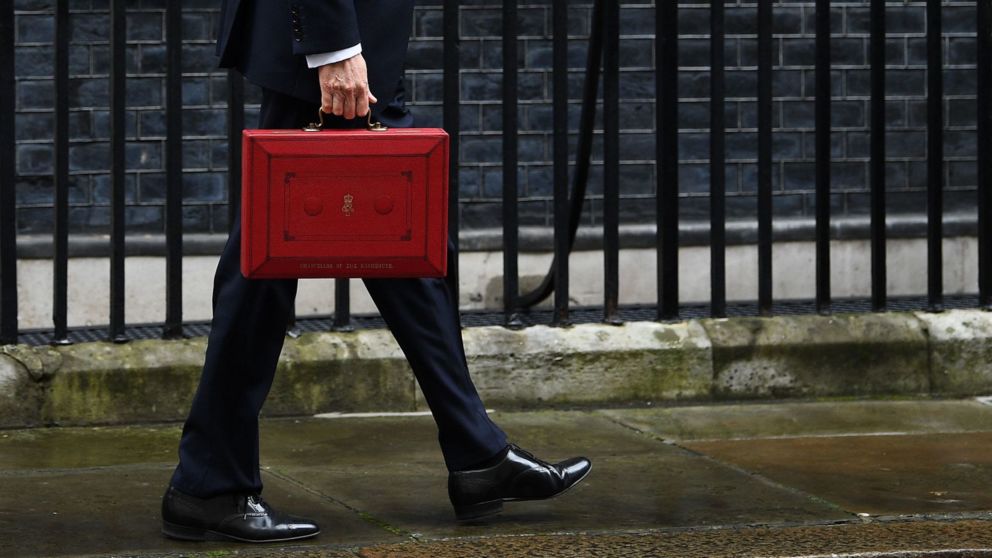 As Philip Hammond prepares for his Budget, in just over two weeks' time, he has a bit of good news on the UK economy to mull over today.

Firstly, there was news that industrial output grew in September at its fastest rate this year, notching up a month-on-month increase of 0.7% that was more than double the 0.3% growth rate that City economists had expected.

The biggest contributor to that was manufacturing production, which grew at an annual rate of 2.7%, thanks mainly to stronger car and medical equipment output.

Industrial output accounts for 14% of UK GDP and so the figures will provide encouragement that a revival in manufacturing can help make up for what, judging by recent trading updates and surveys from the high street, looks to be a slowdown in consumer spending.

The other good news came in the latest trade figures.

These revealed that the UK's trade deficit in goods with the rest of the world narrowed to £11.3bn in September from £12.4bn in August.

The expectation was that the goods deficit would actually rise to £12.8bn. The overall trade deficit, meanwhile, narrowed by £700m.

The three-monthly picture, however, was less encouraging. In the three months to the end of September, the total trade deficit widened by £3bn to £9.5bn, reflecting increased imports of goods – particularly machinery – and fuels. And ominously, given the UK's desire to cut trade deals around the world post-Brexit, this was because a £1.7bn drop in exports to non-EU countries more than offset a £900m rise in exports to EU countries.

Elsewhere, there was gloomy news from the construction sector, where there was an unexpected 1.6% month-on-month drop in output in September.

Construction output rose during September on a year-on-year basis by just 1.1%, meanwhile, making it the weakest rate of annual growth during the sector since March last year.

What does it all mean? Well, firstly, the figures seem unlikely to change the dial for overall economic growth during the third quarter, for which the Office of National Statistics has already published an initial estimate of 0.4%.

And it is also worth noting that, while the manufacturing data is quite positive, the ONS notes that the strong three month performance to the end of September partly reflects strong car production in July.

Things have deteriorated since then, with the Society of Motor Manufacturers and Traders reporting recently that car manufacturing in September fell by 4.1% year-on-year, thanks to a shocking 14.2% drop in domestic demand during the month due mainly to the demonisation of diesel cars by politicians such as Sadiq Khan, the London Mayor and Michael Gove, the Environment Secretary.

Nonetheless, the narrowing of the UK's goods deficit is encouraging, offering evidence that the longed-for improvement in the balance of trade, following the fall in the pound, is finally starting to materialise.

Another cause for optimism are the recently-published Purchasing Managers Index surveys for October. These are forward-looking indicators in which anything over 50 represents growth and anything below that contraction.

The October numbers for manufacturing (56.3), services (55.6) and construction (50.8) were all ahead of the numbers for September and suggest that the final quarter of 2017 has got off to a solid if unspectacular start.

It certainly is reasonable at the moment to assume that the UK economy will grow in the final three months of the year at least at the same pace as it did in the third quarter.

That said, the slowdown in consumer spending is worrying, as highlighted by the 1% fall in like-for-like retail sales in October reported earlier this week by the British Retail Consortium.

It could be that shoppers were simply taking a breather, following a decent September on the high street, or that clothing sales were hampered by unusually warm weather in October.

The cause for concern will be that it was instead due to shoppers drawing in their horns in response to higher food price inflation – a phenomenon sparked by the weaker pound but which could, in coming months, be made worse by the recent surge in oil prices back above $60 per barrel.