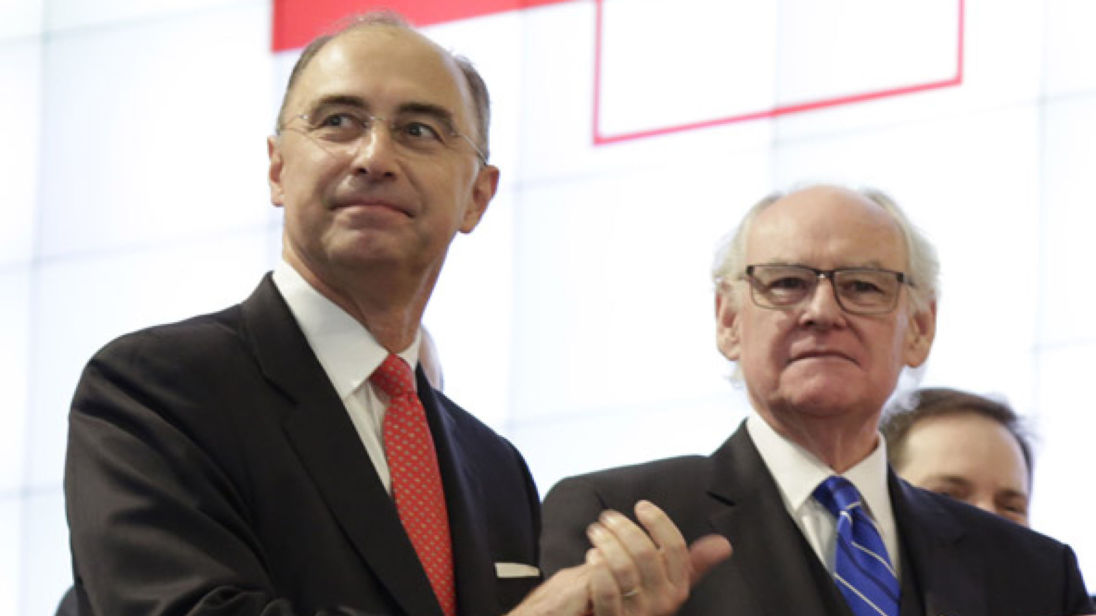 The boardroom crisis ‎engulfing the owner of the London Stock Exchange (LSE) threatened to deepen this weekend amid concerns that a string of directors will resign if an investor succeeds in ousting its chairman.

Sky News has learnt that a number of the London Stock Exchange Group's non-executive directors have begun to privately acknowledge that their tenure will become untenable if Donald Brydon is forced out of the company in the next few weeks.

The LSE announced last month that Mr Rolet would step down in 2018 after serving almost a decade, a period in which he has won plaudits for the way he has positioned the company at the heart of the world's financial markets infrastructure.
The row sparked by TCI's protests at Mr Rolet's 'retirement' came as an even greater surprise to the City because he had planned to leave in any case if a merger between the LSE and Germany's Deutsche Boerse – which was ultimately blocked by regulators this year – had been completed.

Sources said this weekend that the seven other non-executive directors of LSEG had been "unanimous" about the timing and terms of the process to find Mr Rolet's successor.

"There should be no doubt about that," said one shareholder who said they had been briefed on the board's position.

"There is no split whatsoever between the NEDs on it.

"They are fully behind Donald."

The company's board members include the likes of Jacques Aigrain, a former ‎chairman of LCH.Clearnet Group and ex-chief executive of Swiss Re; David Nish, former boss of Standard Life; and Mary Schapiro, the former chair of the US Securities & Exchange Commission.

The non-executives have retained a leading City public relations firm, FTI Consulting, to represent them during the row between TCI and Mr Brydon.

It was unclear this weekend which directors may decide to quit if the hedge fund succeeded ‎in ousting the LSE's chairman, but a source said: "The unanimity of support among the non-execs for the board's position will make it impossible for at least some of them to stay if Donald is kicked out and Xavier is reinstated."

On Thursday, TCI, which is run by Sir Christopher Hohn and owns 5% of LSEG, requisitioned an EGM, accusing Mr Brydon of presiding over "bad corporate governance".

Sky News understands that the fund has hired Georgeson, a shareholder advisory firm, to gather support from other investors in the LSE's parent ahead of the meeting, which must take place within seven weeks.

Sir Chris said in a letter to the board this month that he had received "no satisfactory answer" from Mr Brydon about the reasons for Mr Rolet's removal.
"We seek your resignation and ask the board to immediately begin the search for a new chairman," he said.

While confidentiality agreements are in place preventing both sides from publicly discussing details of the row, insiders said it would be bizarre if the board was continuing to prevent Mr Rolet from distancing himself from TCI's campaign.
‎
The LSE said in response to TCI's original letter that it had "followed a proper governance process to plan an orderly succession for the CEO".
It added: "The FCA [Financial Conduct Authority] was kept informed throughout the process and emphasised the importance of the plan for an orderly succession.
"Xavier Rolet will be providing input into the process to identify his successor and is focussed on his role as CEO until his successor is appointed."
The FCA is understood to have expressed concern about the escalating situation given the vital role the LSE performs in the infrastructure of financial markets.

City sources said the Treasury was also being kept updated on the situation, which has erupted at an important moment in the Brexit negotiations, with rival financial capitals attempting to lure much of London's lucrative clearing business.
A spokesman for the non-executives declined to comment, while TCI said it would not comment on the role of Georgeson.