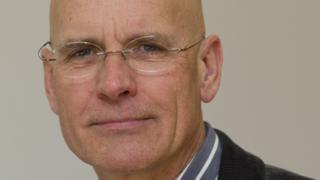 An author has said a publisher withdrew plans to release his book about alleged Chinese influence in Australia due to fears of "retaliation" by Beijing.

Allen & Unwin described the decision as a "delay" based on legal advice.

Allegations of Chinese interference in Australian universities and other aspects of society have caused much discussion in recent months.

Prof Hamilton said the decision not to publish his book, titled Silent Invasion: How China is Turning Australia into a Puppet State, was significant.

"This really is a watershed in the debate over China's suppression of free speech," he told the Australian Broadcasting Corp.

"[It is] the first instance where a major Western publisher has decided to censor material of the Chinese Communist Party in its home country."

China's ambassador to Australia, Cheng Jingye, has previously described allegations of interference as "groundless" and stirring up "China panic".

Prof Hamilton, who specialises in public ethics at Charles Sturt University, has published several other books through Allen & Unwin.

He said his latest book was critical of China, and that the final manuscript had been revised with legal concerns in mind.

The Australian Broadcasting Corp and the Sydney Morning Herald quoted an email by Allen & Unwin to Prof Hamilton last week in which it described his book as "extremely significant".

However, the email also raised concerns about "potential threats to the book and the company from possible action by Beijing" – especially the chance of "vexatious defamation action".

In a statement to the BBC, the publisher said: "After extensive legal advice we decided to delay publication of Clive's book Silent Invasion until certain matters currently before the courts have been decided.

"Clive was unwilling to delay publication and requested the return of his rights, as he is entitled to do."

The statement did not elaborate on the other legal matters.

Last month, Australian Foreign Minister Julie Bishop urged Chinese students to respect freedom of speech at universities, saying it should not be "curbed in any way".

The comments followed a high-ranking government official's call for universities to maintain their integrity over foreign influence on campuses.

In four prominent cases in recent months, Chinese students at Australian universities have complained about teaching materials being incorrect or insulting to China.

In June, Australian media outlets reported that Chinese students in Australia were being monitored for dissident behaviour – a claim rejected by the Chinese embassy.