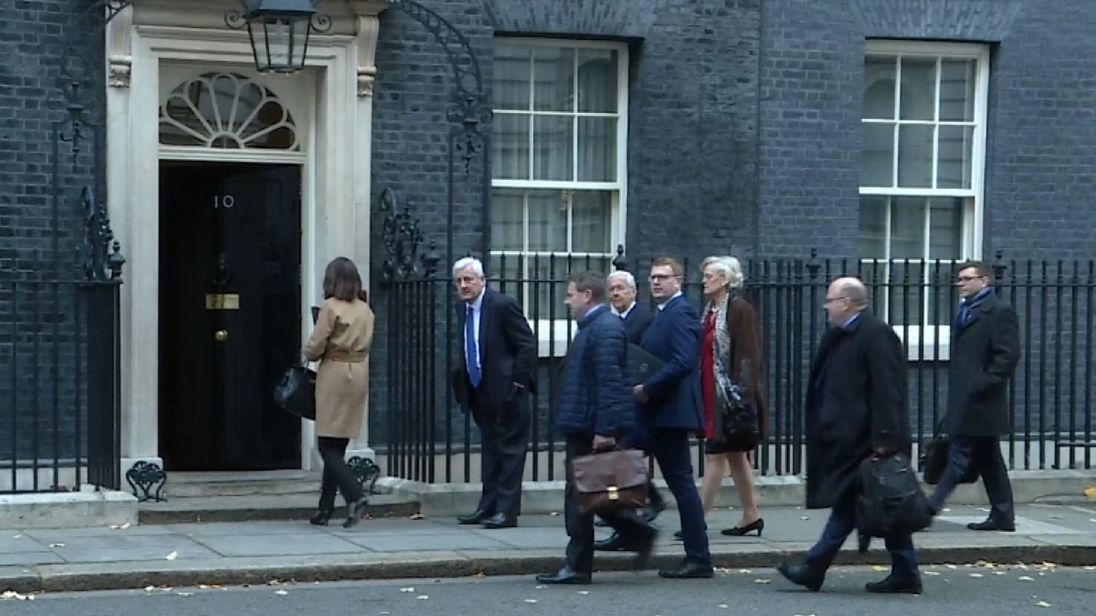 Business groups from across the EU have warned Theresa May on the threat to investment and jobs without "urgent progress" in Brexit talks within the next two weeks.

The delegation visited Downing Street to voice fears that current uncertainty over the UK's future trading relationship with the EU was damaging to firms across the continent.

Business groups from countries including Germany, France and Ireland joined UK counterparts in urging both sides in the break-up to heed their united stance on the need for trade talks to be given the green light by EU leaders at their December summit in two weeks' time.

As we leave the EU, we must do all we can to ensure that UK and EU businesses continue to thrive side-by-side. That’s why it was so important to speak to European business leaders in Downing Street this morning: pic.twitter.com/TtQTPgFLc0

They said a failure to agree a transition period by Christmas would risk more of their members triggering contingency plans for a cliff-edge Brexit in March 2019.

The EU's chief negotiator, Michel Barnier, declared on Friday that only "real and sincere progress" on the sticking points of citizens' rights, the Irish border and exit bill would be enough to recommend the start of the next phase of negotiations.

Emma Marcegaglia, president of the lobbying group BusinessEurope, said after meeting the PM: "We don't want uncertainty, we are very concerned.

"So, these two weeks are extremely important."

The CBI's director-general, Carolyn Fairbairn, called or "urgent progress" saying the current lack of clarity meant that some firms were already acting on their contingency plans.

She said: "With UK-EU trade worth more than €600bn (£534bn) each year, business groups from across Europe used today's meeting with the Prime Minister as a welcome opportunity to highlight the mutual importance of seeing real progress before Christmas.

"All business organisations present reiterated the damage a 'no-deal' scenario would do to trade.

"A transition period reflecting the current arrangements remains the priority on both sides of the Channel.

"While businesses welcomed the Prime Minister's Florence speech, we now need to move beyond warm words if jobs, investment and living standards are to be protected."

A Downing St spokesperson said of the discussions: "The Prime Minister reassured the group that Brexit meant the UK was leaving the EU, not Europe and reiterated her ambition for free and frictionless trade with the EU27 once the UK departs.

"She also expressed her commitment to giving businesses the certainty they need by agreeing a time-limited implementation period as soon as possible."

IcetruckNovember 13, 2017
Like story:
tweet
Don’t like your iPhone X display notch? There’s an app for that
Here’s How Much Sleep You Need Daily According To Your Age