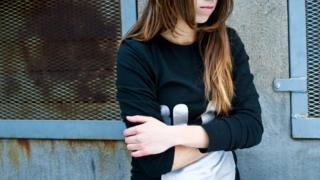 France is to consider a change to its laws around sexual consent, according to the minister for gender equality.

Marlene Schiappa said the government was considering setting a fixed age below which sex was automatically a serious offence.

It comes after two cases where men were acquitted of raping two 11 year old girls.

In France the age of consent is 15, but prosecutors still have to prove sex was non-consensual to prove rape.

In an interview with French television programme BFM Politique, Ms Schiappa said that as a member of the government she "could not react to court decisions".

But Ms Schiappa added she was looking at measures where "below a certain age…that there is no debate on the sexual consent of the child".

Despite its age of consent, France currently does not have any law which defines sex with someone below a fixed age as rape.

Sentences are the same for sexual assaults of minors and non-minors, but punishments for rape have much harsher sentences.

Ms Schiappa said her government was debating a defined age for irrefutable non-consent, between 13 and 15, as part of a new anti-sexism and sexual violence bill to be introduced in 2018.

What were the cases?

A public prosecutor said on Saturday that a 30-year-old man had been acquitted of rape after having sex with an 11-year-old girl in Seine-et-Marne in 2009 when he was 22.

The girl's family reportedly only found out about the incident after the girl became pregnant. That child is now seven and is reportedly in foster care.

Local reports said the man's defence was that the girl had lied about her age to him. Because there was no evidence of "threat or violence" a criminal court ruled that the man could not be charged with raping her.

It closely resembles a case in September which also prompted calls to change the law.

A 28-year-old man was acquitted when he was tried for having sex with an 11-year-old girl from Val-d'Oise, north of Paris. She reportedly followed the man home from a park, but prosecutors said there had been "no violence, no constraint, no threat, and no surprise" to constitute a rape charge – the court therefore ruled she had consented.

How does French law compare with elsewhere?

Age limits vary around the world, and exist to protect people who are not yet legally or emotionally competent to consent to sexual intercourse.

There is no official global limit for the age of consent but it tends be about 16, and the UN's Human Rights body encourages countries to protect children from sexual exploitation.

In the US, the age of sexual consent varies by state but is between 16 and 18 years old. There are however "close in age exemptions" (so-called Romeo and Juliet laws) to allow for small age gaps in consenting sexual relationships, to protect people from being labelled as sex offenders where one party is slightly underage.

However, because of some legal loopholes, people below these ages still get married. An estimated 200,000 minors were married in the United States from 2000 to 2015.

Child marriage and laws that require people to marry their rapists can circumvent legal age consent limitations in national laws.

In the UK the age of sexual consent is 16, but children under the age of 13 have additional legal protections that declare they can never consent to sexual activity.

Other European countries like Germany and Portugal have a lower age of consent at 14.

IcetruckNovember 13, 2017
Like story:
tweet
Is your own MD best in the hospital? Study eyes hospitalists
How ‘Walking Dead’ Just Set Up Its Next Glenn-Level Death