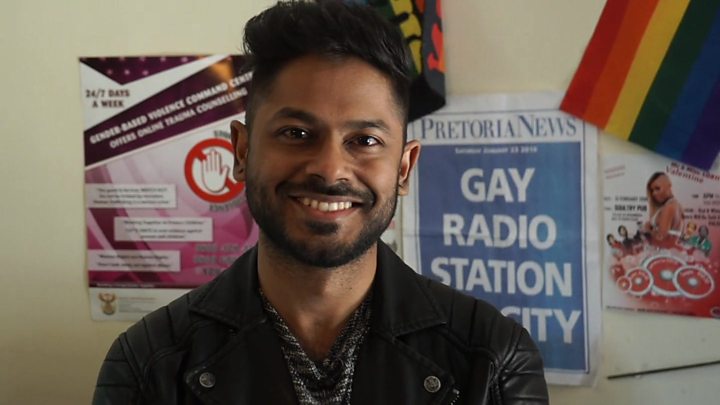 The founder of groundbreaking dating site Gaydar has died in his native South Africa.

He died a decade after his co-founder and former partner Gary Frisch fell to his death in London.

The two created Gaydar, which became the world's largest dating site for gay and bisexual men, in 1999 when a friend said he was too busy to find a partner.

Mr Badenhorst told the Guardian in 2009: "We put him on Excite [a search engine], which had a dating section where you could upload a picture. But it took two weeks for him to get a response, so we said that we were sure we could create something specifically for the gay market."

How it changed life for gay men

At one time Gaydar boasted more than four million subscribers. The founders would go on to launch an award-winning radio station.

As a result, Mr Badenhorst, who was born in Johannesburg, was named in the top five of the Independent's Pink List of influential gay men and women at least twice in the mid-2000s.

He stepped back from the company in 2010, three years after Mr Frisch's death, which deeply affected him.

But seven years later, Mr Badenhorst's legacy, both on and offline, within the LGBT community and outside it, can be felt as strongly as ever.

"He realised he changed the world in a way that surprised him," Rob Curtis, Gaydar's current managing director told the BBC.

It has, Mr Curtis said, made it safer for all LGBT people to meet.

"It was difficult for gay men to find each other, and they were really the first gay social network – and the legacy of that has lived on," he added.

Patrick Strudwick, an LGBT editor for the news website Buzzfeed, said the entire idea was "revolutionary".

"The idea you can go to your computer and interact with them in real life without having to go to gay bars or cruising or gay cafes or whatever was a pivotal moment in the history of gay and bisexual men," he told the BBC.

But it was more than just a way to meet men.

"In countries where being gay is a crime, people were now able to find new contacts and organise," Mr Curtis said.

Even in counties where being gay or bisexual was accepted, the impact on mental wellbeing cannot be underestimated.

"Before the internet, gay people did think they were the only gay person in the world. That feeling of isolation cannot happen any more," Mr Strudwick said. "What Henry and Gary did was enormous."

Not only that, but the sheer number of connections the site has made over the years – whether they be romantic, sexual or platonic – could not help but shape the community.

When Gaydar first launched, the idea we would one day be "swiping right" as we searched for love could not have been imagined.

Eighteen years later, millions of people are logging onto these apps each day – be they straight, gay or bisexual.

And none of it, arguably, would have come to be had it not been for Gaydar.

"Gaydar was revolutionary, really, in the ways that gay and bisexual men meet – and the ripples fanned out much further," said Mr Strudwick. "The idea that you can both have your own profile page and also search for people by where they are – these thing really changed the wider culture.

"It was the forerunner to Facebook. The idea an individual would have their own page, it was entirely novel. The GPS element was later made an updated with things like Tinder and Grinder."

"Before that, it was the personal ads," said Mr Curtis. "Now we have GPS-based locations."

The irony, perhaps, was that Mr Badenhorst was not a user of his own product.

Instead, the South African admitted to Mr Strudwick, he chose to meet people "the old-fashioned way".

Mr Badenhorst was a private man, but one who was much loved and admired.

Mr Strudwick and the tech millionaire became friends after the interview. He last spoke to him a few months before his death.

The product, Mr Strudwick concedes, has its controversies. Making the community too selective, for one. Others have accused sites like Gaydar and Grindr of leading to the closures of gay bars.

"Henry was an incredible, clever, gentle and caring person," he said. "He cared about people, he cared about his community,

"His product was controversial, but he was kind-hearted, gentle and wanted to prevent gay men suffering."