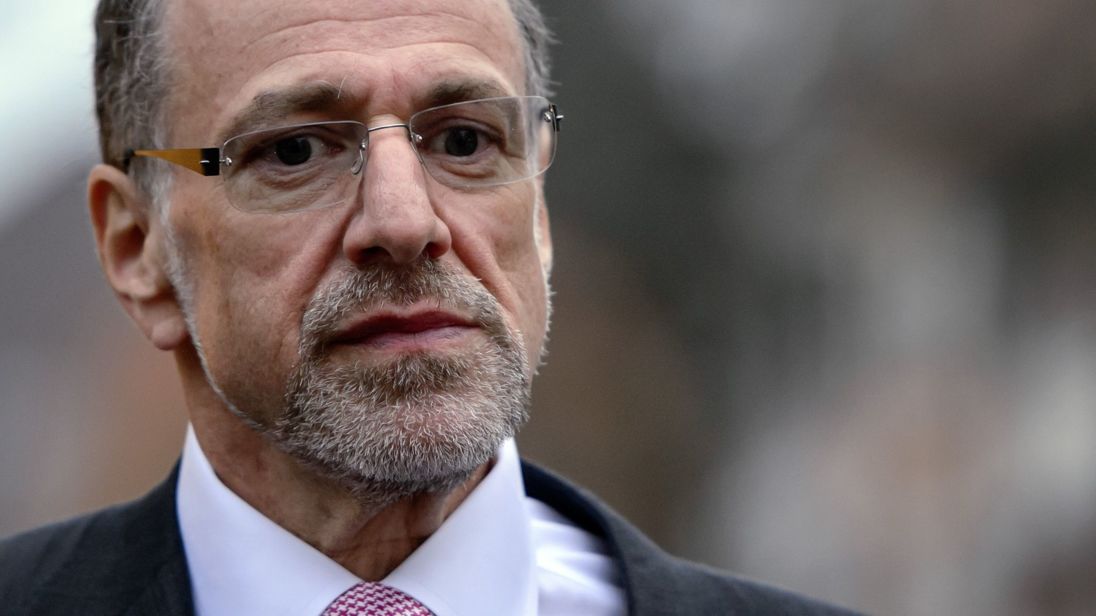 Sir Mick Davis, the Conservative Party chief executive, is plotting a stunning return to the helm of one of the world’s biggest miners as the next chairman of Rio Tinto, the FTSE-100 natural resources group.

Sky News has learnt that Sir Mick, who spearheaded the growth and eventual £20bn sale of Xstrata nearly five years ago, is in talks with the Rio board about the move.

A City source said that Rio was keen to finalise the appointment of Jan du Plessis' successor as chairman in the coming weeks, with one of the world's biggest miners in the middle of serious regulatory probes on both sides of the Atlantic.

Other candidates have also been approached by Rio during the course of this year, although it is understood Sir Mick is the board's preferred candidate for the job.

If the discussions do result in Sir Mick joining Rio, it would among the most unexpected moves to a FTSE-100 board in years.

Despite his decades of mining experience, the tycoon has shown little enthusiasm for the idea of becoming a serial public company chairman, preferring instead to focus on private business, philanthropic and political activities.

The Tory treasurer before June's General Election, he was named as the party's chief executive by Theresa May in the immediate aftermath of its disappointing poll result.

He has since embarked on a review of the election debacle, telling major donors in September that the Tories must improve their "battle-readiness" and find an additional £6m each year to fund their campaign activities.

It was unclear whether Sir Mick would continue with his Conservative Party duties in the event that he becomes Rio's chairman.

Since sealing the sale of Xstrata to Glencore, a deal which was billed as a merger of equals but in reality constituted a takeover of the company he ran, Sir Mick has attempted to identify further mining deals worth billions of pounds.

However, X2 Resources, a £5bn vehicle he established in 2013 with backing from investors in Asia, the US and Canada, struggled to agree transactions at attractive prices – a situation compounded by a recovery in most major bulk commodity prices over the last year.

In recent months, there have been frequent suggestions that Sir Mick might attempt to recalibrate X2 with new investment parameters and new backers.

In July, Bloomberg News reported that he had invested in Commodity Asset Management, a commodity-focused hedge fund.

Taking on the chairmanship of Rio could place Sir Mick on a renewed collision course with Ivan Glasenberg, the Glencore dealmaker who made a preliminary takeover approach for Rio in 2014.

Since then, Glencore's fortunes have turned full-circle, leaving it firmly back on the acquisition trail and with some analysts speculating that it could return with fresh interest in a Rio takeover.

Rio, which has a market capitalisation in London of just over £68bn, has been hit in recent months by a number of regulatory inquiries, including charges filed by US authorities last month over alleged attempts by company executives to inflate the value of coal assets in Mozambique.

Appointing a seasoned mining executive such as Sir Mick as Rio's chairman could bode ominously for the future of Jean-Sebastien Jacques, its chief executive since March 2016, but one observer pointed out that it could also aid his efforts to lead the company for the medium term.

Rio announced in March that Mr du Plessis would step down after he accepted the chairmanship of BT, with his successor expected to be announced by the end of the year.

However, the search has been complicated by the fact that the board member originally responsible for leading it – former Barclays chief executive John Varley – was charged by the Serious Fraud Office during the summer over the bank's crisis-era fundraisings from Middle East investors.

Mr Varley resigned from the Rio board immediately afterwards, leaving Ann Godbehere, another Rio board member, to lead the search.