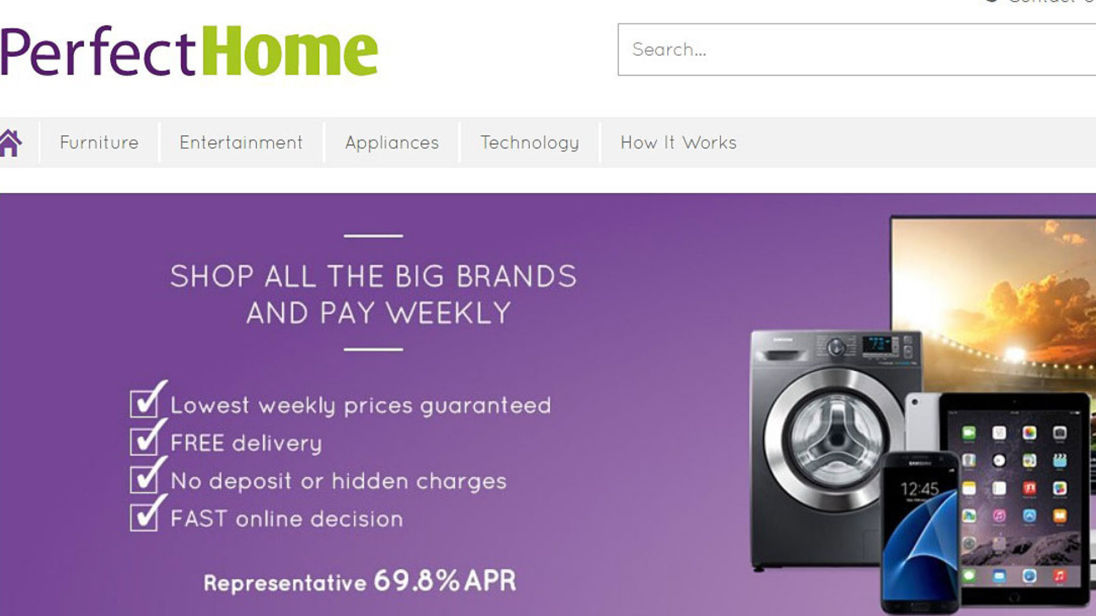 Mounting pressure on Britain’s rent-to-own retailers has prompted the American backer of Perfect Home to kick off a review of options for its shareholding.

Sky News understands that Aaron's, a New York Stock Exchange-listed hire-purchase group, has hired London-based Stephens Europe to advise it on its stake in Perfect Home.

The move comes amid turmoil in the UK rent-to-own sector as its biggest players struggle to cope with more onerous regulation and signs of weakening consumer spending.

In the year to March 26, 2016, the last period for which accounts for parent company Temple Retail are available at Companies House, it recorded a pre-tax loss of £10.3m, compared to a £3.7m profit a year earlier.

The company blamed reduced high street footfall and changes to its business model necessitated by new requirements imposed by the Financial Conduct Authority.

It also warned in those accounts, which were filed in January this year, of a range of adverse consequences of the UK's decision to leave the European Union.

Perfect Home's parent said "long-term weakness" in the value of sterling would "inevitably lead to upward pressure on prices for customers as hedging strategies unwind".

It also highlighted the risks to an arrangement under which it uses EU passporting rights to write insurance business for UK customers from an operation in Malta.

"A failure to secure continued and reciprocal access to the European single market will require these arrangements to be replaced with a UK-based insurance arrangement, which may lead to higher operating and solvency costs for the Group," its accounts said.

Aaron's acquired an 11.5% stake in Perfect Home in 2011 as part of a deal which gave the Atlanta-based company an option to increase its stake at a subsequent date.

It is unclear whether that option has been exercised, but an ambition to double Perfect Home's store estate from the 45 shops it had six years ago has been abandoned as consumers shift their buying habits to digital channels.

A spokeswoman for Perfect Home indicated that the chain now has fewer than 20 outlets.

The review of Aaron's stake comes as BrightHouse, the sector's biggest operator, nears a restructuring deal that would see it taken over by a group of hedge funds, which is expected to be finalised just weeks after it was named in the Paradise Papers as being part-owned by the private estate that funds the Queen.

BrightHouse has been through a torrid period, with the FCA recently ordering it to repay nearly 250,000 customers for failing to act as a "responsible lender".

Alteri Investors, the biggest holder of BrightHouse's bonds, has reached an agreement in principle with the other major bondholders, which include Highbridge Capital Management, HSBC and Oceanwood Capital Management.

Advisers to BrightHouse launched a formal sale process for the struggling company last week by reaching out to prospective buyers, although few observers expect anyone other than the bondholders to gain control of the company.

Buy As You View, another large player in the market, collapsed into administration in September.

IcetruckNovember 14, 2017
Like story:
tweet
Joely Fisher on growing up in ‘fishbowl’ of celebrity family
Here Are Some Pictures That Prove Dog Paw Prints Make The Most Pawesome Tattoos Ever