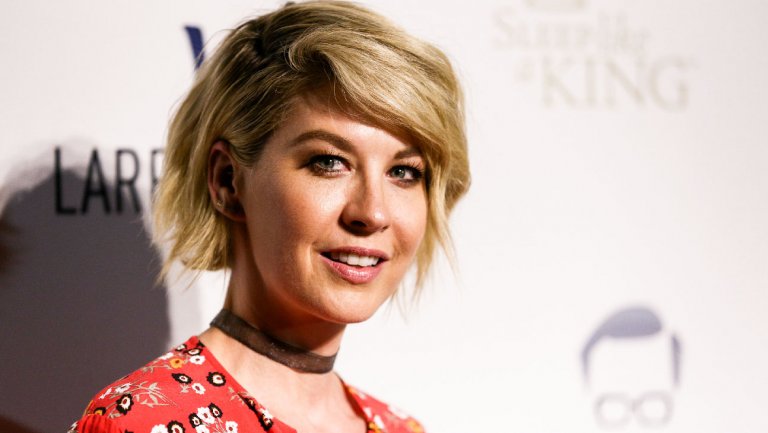 Details on her role are currently under wraps.

The world of the apocalypse continues to expand.

Jenna Elfman has joined the cast of Fear the Walking Dead as a series regular for its fourth season. Details of the character she's playing are currently unknown.

Elfman, most famous for her starring role on Dharma & Greg, has appeared as part of the main cast of a number of television shows in recent years, all of which were canceled after a single season: CBS' Courting Alex and Accidentally on Purpose, NBC's 1600 Penn and Growing up Fisher, and ABC's Imaginary Mary.

With this casting, Fear the Walking Dead continues the sea change happening within the second zombie drama housed at AMC. Elfman's casting follows the news that Walking Dead superfan Garret Dillahunt has joined the cast of season four as well. Additionally, the fourth season of Fear marks the departure of original showrunner Dave Erickson, with Andrew Chambliss and Ian Goldberg (Once Upon a Time) filling in his stead, alongside Walking Dead boss Scott M. Gimple.

Sources say Fear the Walking Dead is also moving its filming location to Texas — a move that was set up in the finale's narrative as a new villain (Ray McKinnon) set sail for "what's left of Houston" with Alicia (co-star Alycia Debnam-Carey). That also opened the door for the upcoming crossover with the flagship drama, as speculation swirls that Michael Cudlitz could reprise his role as Abraham. (The character, killed off of the original series in season seven, would still be living in Houston with his wife, son and daughter during Fear's timeline.)

Elfman joins Fear the Walking Dead as the series looks to repopulate its ranks after a third season that killed off Cliff Curtis' male lead Travis Manawa as well as Mercedes Mason's Ofelia Salazar. Season three ended with the fate of nearly everyone on the show — save for star Kim Dickens' Madison — up in the air after a big explosion.