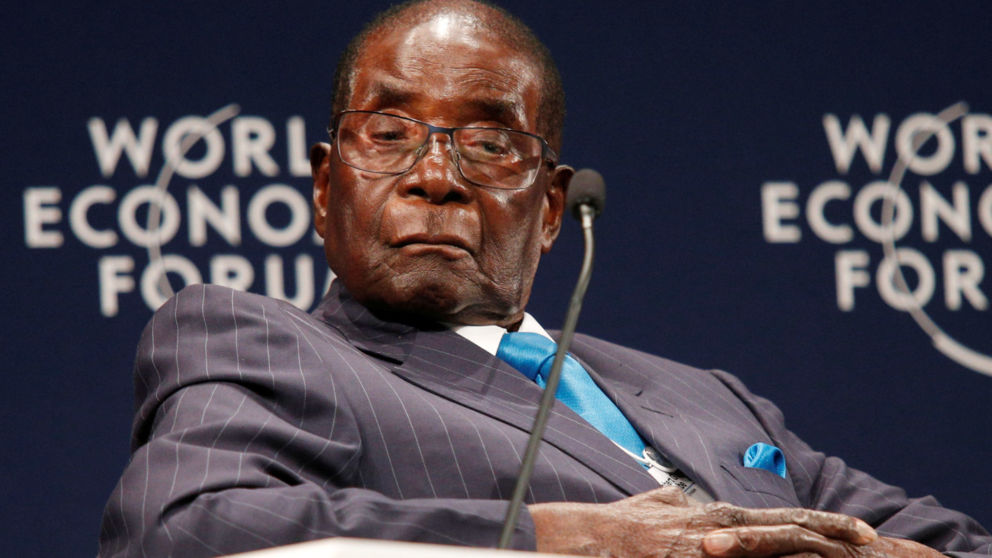 It's difficult to get a precise handle on the size of Zimbabwe's economy, for two reasons.

The first is the paucity of information available in a dictatorship and the likelihood that what information is made available by the authorities may be doctored.

The second is that the collapse of the economy in recent years means a lot of economic activity is 'informal'. In other words, conducted in cash or by barter and therefore not easily measured.

A very large number of transactions are hidden from officials.

This second point is crucial because researchers seeking to establish the facts have argued, during recent years, that the 'shadow' or 'informal' economy has been growing in Zimbabwe in recent years more strongly than the official economy.

This is a problem that economists have everywhere.

Even in OECD economies, the amount of activity taking place in the shadow economy can be as much as 11% of GDP, rising to 20% in Italy.

In Zimbabwe, according to the latest research, the shadow economy is equivalent to around 33% of GDP.

What is clear is that Zimbabwe's economy has collapsed under Robert Mugabe.

Food production halved in the 1990s as a result of his decision to strip white farmers of their land and hand it to members of the black population who, in many cases, had no farming experience.

The country's involvement in a war in the Congo piled up debts while high interest rates strangled economic growth.

Things got worse when, between 1999 and 2001, Mr Mugabe stepped up pressure on white farmers and encouraged more forcible land seizures.

Many governments suspended aid payments to Zimbabwe as a result of this and Mr Mugabe's brutal suppression of the opposition.

The government's response, in 2007, was to declare inflation illegal.

:: No way back for Robert Mugabe

Business people and entrepreneurs caught raising prices were arrested, further hollowing-out the economy's ability to grow, while the government imposed a wages freeze.

In 2009, the government threw in the towel, agreeing that using other currencies – notably the US dollar but also the South African rand and the euro – was no longer illegal.

However, as public sector workers were still being paid in devalued Zimbabwean dollars, this was of little comfort to them.

But it did spark a recovery of sorts.

In 2009, prices in the shops fell for the first time in five years and, later that year, in response to Mugabe's agreement to share power with the opposition leader Morgan Tsvangirai, the International Monetary Fund agreed a $400m support package.

Zimbabwean GDP rallied to $8.4bn in 2009 and has risen every year since, according to the World Bank, hitting $16.3bn last year.

It was predicted to grow by 2.8% this year, according to the IMF, although the Mugabe regime itself was forecasting 3.7% growth.

And what of the make-up of the economy?

Like many countries in Africa, Zimbabwe is heavily dependent on exports of resources, with tobacco, gold and platinum being the main export earners.

Famously, it was once known as 'the bread-basket of Africa' for its prodigious wheat and maize exports, although these have collapsed following the farm seizures and a lack of cash.

Keeping the show on the road in recent years has been China, which now accounts for more than half of all foreign direct investment into the country, as well as providing a physical supply of hard currency like the US dollar.

In particular, Chinese money has helped revive exports of tobacco, which alone accounts for a third of export earnings, while China has also patched up the country's energy infrastructure and is building its first solar power plants.

The Chinese have also built a $200m shopping mall in the west of Harare, the capital, where there is an abundance of Chinese restaurants.

:: Mugabe: The war hero who became a dictator

Other countries, though, have been reluctant to invest in Zimbabwe due to the endemic corruption and excessive interference by the government in the economy.

While agriculture remains the backbone of Zimbabwe's economy, the country also has other resources, including vast reserves of coal.

So this is a fertile country whose resources are the envy of many others in Africa.

And it has one further resource – its people.

Millions of Zimbabweans, many of them skilled, have fled for South Africa and elsewhere in recent years and their remittances home have played an important role in staving off a complete collapse of the economy.

If Mugabe is finally removed and democracy restored, many of them might return home, boosting economic growth in the process.

IcetruckNovember 15, 2017
Like story:
tweet
Argentine ex-football official Jorge Delhon kills himself
Nearby planet is ‘excellent’ target in search for life